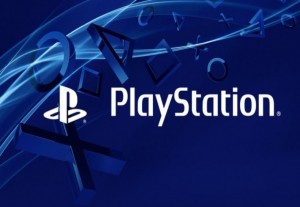 Sony has announced the launch of its new streaming TV service for PlayStation owners. The new service, called Vue, costs $50 a month and is currently available to PlayStation PS3 and PS4 owners in Chicago, New York and Philadelphia. The company has been testing the service since November.

PlayStation Vue offers users the kind of TV bundle that cable companies sell over the Internet using PlayStation consoles. Customers can watch both live programming and on-demand shows and there is a DVR-like service available as well. Sony expects to launch PlayStation Vue in more cities in the coming months.

Options are rapidly increasing for those who want to watch TV without a traditional cable subscription. Several companies have recently announced that they would be launching a cable-like package over the Internet. CBS and Viacom’s Nickelodeon both offer $6-a-month streaming network services.

Sony has the largest selection of channels available among its competitors. The service currently carries more than 80 channels, but some of them are considered premium channels that you will have to pay an additional fee for. Channels owned by Disney, including ABC and ESPN, are not currently available with the PlayStation Vue service.

The Ultimate Benefits of Sourcing Software for Every Business

June 20, 2021, No Comments on The Ultimate Benefits of Sourcing Software for Every Business

How You Can Save Money in a Medical Emergency

June 20, 2021, No Comments on How You Can Save Money in a Medical Emergency

Californians Can Now Obtain Their COVID-19 Vaccine Records Online; This Is How

June 19, 2021, No Comments on Californians Can Now Obtain Their COVID-19 Vaccine Records Online; This Is How