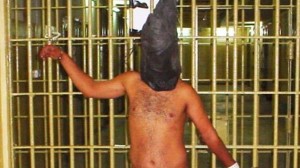 A federal judge has ruled that the government of the United States must release photos allegedly showing the abuse of detainees at military detention camps. Now, the world will be able to see the potentially disturbing images of how the U.S. military treated prisoners under their control. The ruling by U.S. District Judge Alvin Hellerstein gives the government two months to decide whether to appeal the ruling. A government spokesman said that the Defense Department is studying the ruling and will make any further responses in court.

The ruling focuses on photographs showing the abuse of detainees in Iraq and Afghanistan. Many of the photographs in question were taken by service members in Iraq and Afghanistan and show images like soldiers pointing pistols or rifles at the heads of hooded and handcuffed detainees. The case was initially filed in response to the government’s reluctance to release photographs related to the controversial detention practices imposed on prisoners at Abu Ghraib prison in Iraq. Images of abuse at Abu Ghraib sparked international outrage after they emerged in 2004 and 2006.

The government has reported holding 29 pictures relevant to the case from at least seven different sites in Afghanistan and Iraq. However, it is believed that the government may have hundreds, or even thousands, more that have not been reported. Hellerstein said in his ruling that any images released would be redacted to protect the identities of people in them.

The American Civil Liberties Union filed the lawsuit in the name of holding the government accountable for its actions. Jameel Jaffer, ACLU deputy legal director, said in a statement, “To allow the government to suppress any image that might provoke someone, somewhere, to violence would be to give the government sweeping power to suppress evidence of its own agents’ misconduct.”