NASA’s New Horizons probe is sending back the clearest images of the dwarf planet Pluto that scientists have ever seen. Using its Long Range Reconnaissance Imager (LORRI), New Horizons sent back a series of images that show the complexities of Pluto’s surface.

NASA launched New Horizons on January 19, 2006, and since then it has traveled roughly 2.9 billion miles. That launch was so long ago that it was back when Pluto was considered an actual planet. Later in 2006, scientists voted to reclassify Pluto as a dwarf planet. 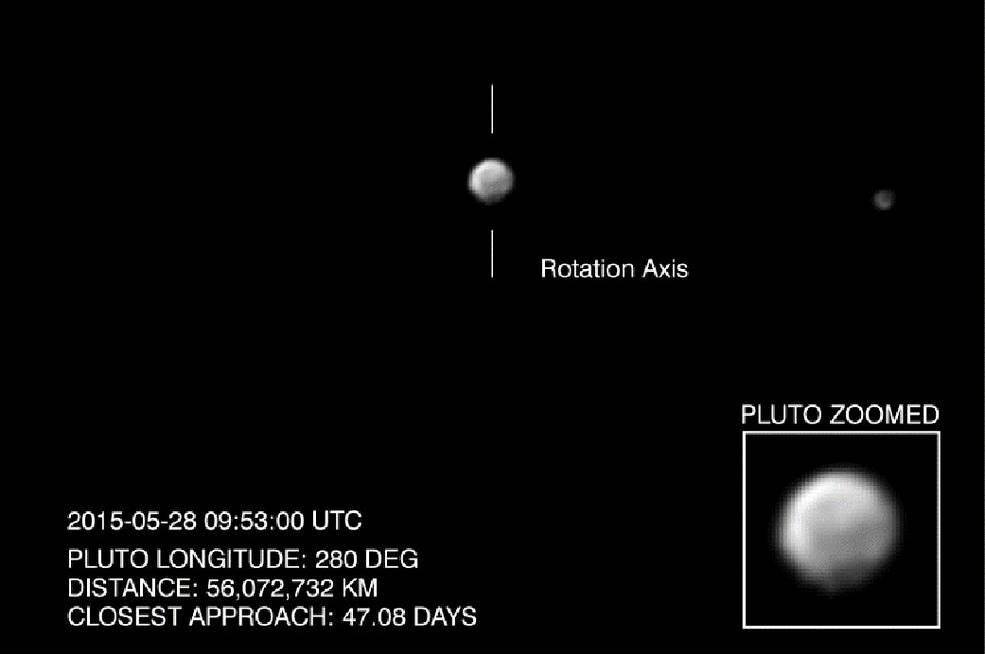 Along its journey, the spacecraft has taken images of Pluto that have increased in quality as it gets closer to the dwarf planet. At the moment, New Horizons is approximately 24 million miles away from Pluto, and is expected to finally reach it in July. Between now and then, NASA expects the images New Horizons takes of Pluto will continue to improve and get even better than the ones taken over the past week.

The latest images have been taken from more than 30 million miles, but New Horizons Principal Investigator Alan Stern says, “They show an increasingly complex surface with clear evidence of discrete equatorial bright and dark regions – some that may also have variations in brightness.” Some have already started to theorize that those bright spots may be a polar ice cap.

Stern also says that the northern hemisphere of Pluto is darker, although the dwarf planet’s darkest and brightest spots are both just south of its equator. He calls this “an emerging puzzle.” Another one of New Horizons project scientists, Hal Weaver, adds, “These new images indicate an increasingly complex and nuanced surface.”

The next step for the New Horizons team is to learn the cause behind Pluto’s varying surfaces. The team is confident that by July they’ll have the images from New Horizons that will allow them to learn a great deal more about Pluto and its surface.