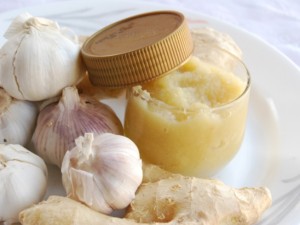 A 1,000-year-old remedy recipe may be the key to destroying antibiotic-resistant superbugs, including methicillin-resistant staphylococcus aureus, otherwise known as MRSA. Experts have found that a treatment for eye infections written in an Anglo-Saxon manuscript titled Bald’s Leechbook could effectively kill MRSA and may be able to destroy other antibiotic-resistant superbugs as well. The findings of the study will be presented at the Annual Conference of the Society for General Microbiology, held in Birmingham.

Bald’s Leechbook, held in the British Library, is an old English manuscript containing instructions on various treatments. The book, one of the earliest known medical textbooks, could hold some important lessons for our modern day battle with anti-microbial resistance. Resistance to antibiotics is a growing problem around the world. Germs can develop a resistance to antibiotics with repeated exposure to the drugs, making these life-saving treatments no longer effective. The Centers for Disease Control and Prevention estimates that drug-resistant bacteria cause 2 million illnesses and 23,000 deaths annually in the United States.

The 9th Century Anglo-Saxon remedy contains onion or leeks, garlic, wine, and bile from a cow’s stomach. In its original Old English, the recipe used fresh ingredients and was brewed in a brass vessel, strained and left to sit for nine days. Experts from the University of Nottingham microbiology team tested the remedy on large cultures of MRSA in lab cultures and on infected wounds in mice. The concoction almost completely wiped out MRSA when introduced in a controlled environment. The bacteria was tested against the individual ingredients, the remedy and a control solution. The results showed that the remedy killed up to 90 percent of the MRSA bacteria.

Experts believed that the remedy would be somewhat effective, but the actual kill rate was astonishing. The garlic family of plants has long been known to be a good anti-bacterial agent as they contain chemicals that interfere with the bacteria’s ability to damage infected tissues. The rise of antibiotic resistance in pathogenic bacteria is a serious threat to human health. The team plans to continue exploring potions from the past to see if they can be remedies for the future.