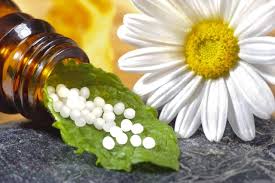 In what has been a long-standing controversy, the Food and Drug Administration (FDA) is again looking at its current position as to whether homeopathic products should be regulated. These products are often sold alongside or in conjunction with proven medications formulated with active ingredients.

Back in 1988, the FDA made the decision that homeopathic remedies did not need to go through the same approval process as standard prescription medications. However, with homeopathic medicine a multi-billion industry the FDA is not reconsidering if products should be under their guidance. If so, manufacturers would have to prove that products are not only effective but also safe for consumers.

For decades, homeopathy, which involves disease being treated with very small amounts of natural substances, has been studied in-depth with researchers claiming it is ineffective. As part of this, the British Science and Technology Select Committee conducted an examination in 2010 to determine if homeopathy had any validity, from a medical or scientific standpoint.

The report showed there was zero evidence that homeopathy works any better than a placebo effect, which is when someone gets well because they believe in the treatment. Another investigation on the effectiveness of homeopathy was conducted by the National Health and Medical Research Council in Australia, which reached the same conclusion.

In comparison, advocates of homeopathy strongly defend the practice and are willing to have the FDA provide oversight. As stated by Ronald Whitmont, a New York homeopathic doctor and president of the American Institute of Homeopathy, the FDA’s decision to crack down on homeopathic products is welcomed.

As explained, Whitmont said that unfortunately, there are always bad apples within the world of manufacturing and just like any other industry, they need to be policed. For that reason, he and other supporters of homeopathy are behind the FDA’s decision. He added that he hopes the FDA would not bring the legitimacy of homeopathy practices into question.

The Canadian government took very similar steps as the FDA earlier this month to regulate homeopathy in Ontario. A new law was enacted called the Ontario Homeopathy Act. With this, homeopathic doctors and practitioners are required to self-regulate in much the same way as nurses and doctors. However, some critics think the law will only legitimize healthcare being equivalent to dowsing rods.

In favor of the FDA changing its current position is the Director of Public Policy for the Center for Inquiry, Michael De Dora. He stated that he feels finally, the FDA is revisiting the issue of homeopathy being regulated due to a growing number of troubling and high-profile cases. In 2010, homeopathic products were available for teething children but containing a high level of belladonna, many children were hospitalized.

In addition to outlandish claims, one of the biggest risks associated with homeopathy is not the products but rather the people who depend on them in lieu of proven scientific medicines and treatments. Many doctors are now encouraged, believing that the FDA is serious, therefore ultimately making the right decision in government homeopathy products.