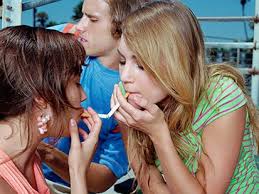 Currently, the legal age to purchase cigarettes and other tobacco products in the US is 18 but if a panel of experts get their way, the age will be raised to 21. By increasing the age limit, literally hundreds of thousands of lives would be saved but in addition, the number of people who smoke in the US would decline.

Overall, there would be tremendous health benefits by increasing the age to 21, as stated by Richard Bonnie who serves as the chair of the IOM committee but is also a professor of medicine and law at the University of Virginia.

The IOM independent panel of experts is responsible for providing advice pertaining to public health issues to the federal government.

The report also indicated that by boosting the age to 21, there would be a delay for teenagers between 15 and 17 from starting the habit. As explained by Bonnie, it is common for older teenagers to purchase cigarettes for younger teens. While young teens may have friends who are 18 and 19, it is relatively uncommon for a 13 or 14 year old to hang around with someone who is 21.

The panel added in the report that typically, if someone has not become a smoker by age 26, there is little chance the habit will be picked up. They also pointed out that by increasing the age to 21 now, by 2100 there would be 438,000 fewer cases of low birth rate, 286,000 fewer preterm babies being born, and 4,000 fewer cases of sudden infant death syndrome (SIDS) for mothers between 15 and 49 years of age.

The committee is trying to find the right balance between allowing teens to choose their own choices relating to health and benefits of public health by preventing teens from becoming addictive during a period of life when brains are still in development mode.

The IOM study was supported by the American Lung Association, which released its own statement. As part of that, this organization said the report from IOM offers valuable evidence and shows that both local and state level communities need to think about increasing the age at which tobacco products can legally be purchased.

Because of the serious risks that go hand-in-hand with smoking, some states like New York City have increased the age to 21 although on a federal level, people can buy tobacco products at 18.

As stressed by Bonnie, smoking is starting to decline and it will continue to so if no changes are made but by increasing the minimum age, buying tobacco products becomes more complex and therefore, less likely.