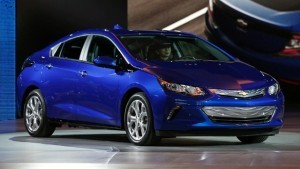 General Motors (GM) announced that 64,000 Chevy Volts are being recalled because of a problem with shut off. As part of the recall, the involved automobiles will have a new feature added that shuts the vehicle off automatically once it has idled for a specified period of time.

The change is being made for safety purposes and follows after a few people have sustained injuries associated with the buildup of carbon monoxide after accidentally leaving vehicles on. While recalls have plagued the United States in the past year, this one is unique. However, because Volts operate on battery power, they are silent so GM feels the change is mandatory.

To prevent carbon monoxide problems some electric motorcycles are equipped with artificial motor noises. The concept for the Volt recall is much the same. The problem is that electric cars run on battery so there is no noise and therefore, it is easy for people to forget to shut them off. Although chimes and other indicators are designed to alert people that the motor is still running, if an individual is not paying close attention a vehicle could easily be left on and closed inside a garage.

The problem is not with the electrical engine but the fact that once the battery power is drained, these vehicles have a gasoline engine that kicks in. Therefore, if a person has a Volt parked in a garage and forgets to shut it off, at some point, the engine will be powered by gas, which then produces the risk of carbon monoxide.

The recall is specifically for Chevy Volts manufactured from 2011 to 2013. By making an update to the software, these electric cars will automatically shut off if left idling after a certain amount of time.

While this problem might seem rare, it is in fact quite common among people who own hybrid vehicles. People get busy and simply forget a car running, even when there are warnings. While the recall is necessary for safety purposes, GM did not provide information as to when work on Volts will begin.