Following years of legal battle over the actual origin and ownership of the 9,000-year-old Kennewick Man’s skeletons accidentally found in 1996 by students at the Columbia river, close to Kennewick in Washington State, DNA analysis has now revealed that the ancient man was actually an ancestor to modern Native Americans of the Colville tribe.

The US government had wanted to return the skeletal remains of the Kennewick Man to Native Americans for reburial according to ancient customs, but scientists went to court saying they had a right to study the remains to determine its origin and see how he must have been related to any modern man. 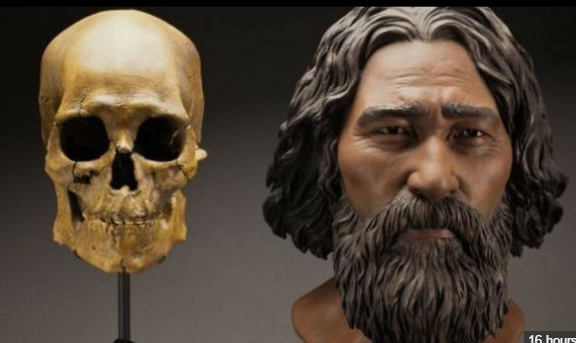 The court battle was for $5 million, and the courts in 2004 allowed scientists to take possession of the skeletons for research when Native Americans could not prove their kinship to the remains.

But after series of DNA analysis, scientists now agree that the remains actually belong to Native Americans because both DNA and skeletal features fitted those of the Colville tribe Americans today.

Eske Willerslev, of the University of Copenhagen in Denmark, confessed he whole believed Kennewick Man to be a Native American. Willerslev is a world expert in ancient DNA and led the DNA analysis.

Although many experts earlier believed the Kennewick Man did not look Native American, his teeth had no fillings and were worn down, meaning that the dead man only consumed ancient diet that was largely vegetarian.

There was also a stone spearpoint wedged into his hip, a sign that he was never of this age but came from the distant past.

Research from scientists from the Smithsonian Institute revealed that the Kennewick Man only hunted along the coast and never hailed from the region where his body was found.

The shape and size of his skull showed he must have been an ancestor to modern Polynesians, even though DNA testing of about 200 grams of the dead man’s hand bone matched those of Colville tribe of Native Americans.

Based on the study published in the journal Nature, it is now left for the government as well as scientists to release the Kennewick Man to his Native American people so that he could be reburied and his spirit according to traditional lores could be at rest again.