NASA Spitzer – Scientists have confirmed that Saturn’s ring, Phoebe, is far larger than originally thought, to the point that there is no doubt it’s the biggest ring in our solar system. Due to its dark color, Phoebe is actually invisible to the naked eye, as it blends in with the dark color of outer space, but it’s there and it’s massive, roughly 20 times larger than the next largest ring.

The Phoebe ring was first discovered in 2009 by astrophysicist Douglas Hamilton using infrared images from NASA’s Spitzer Space Telescope. It was the strange coloring of one of Saturn’s moons Iapetus that led scientists to look for the previously invisible ring. Iapetus has an icy surface that’s white on one side but black on the other. It’s like no other moon in the solar system, and scientists believed it was because Iapetus was pushing through dark but unseen particles, a theory that ultimately led them to Phoebe. 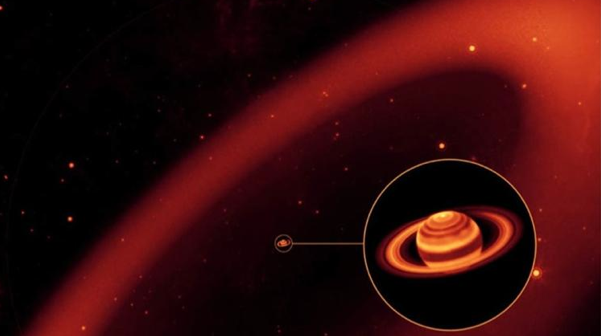 A recent study of Phoebe published in the journal Nature used the Wide-field Infrared Survey Explorer NASA telescope to get a more complete view of Phoebe, allowing a team of scientists, once again led by Hamilton, to see just how big it is. Phoebe is 200 times as big across as Saturn. 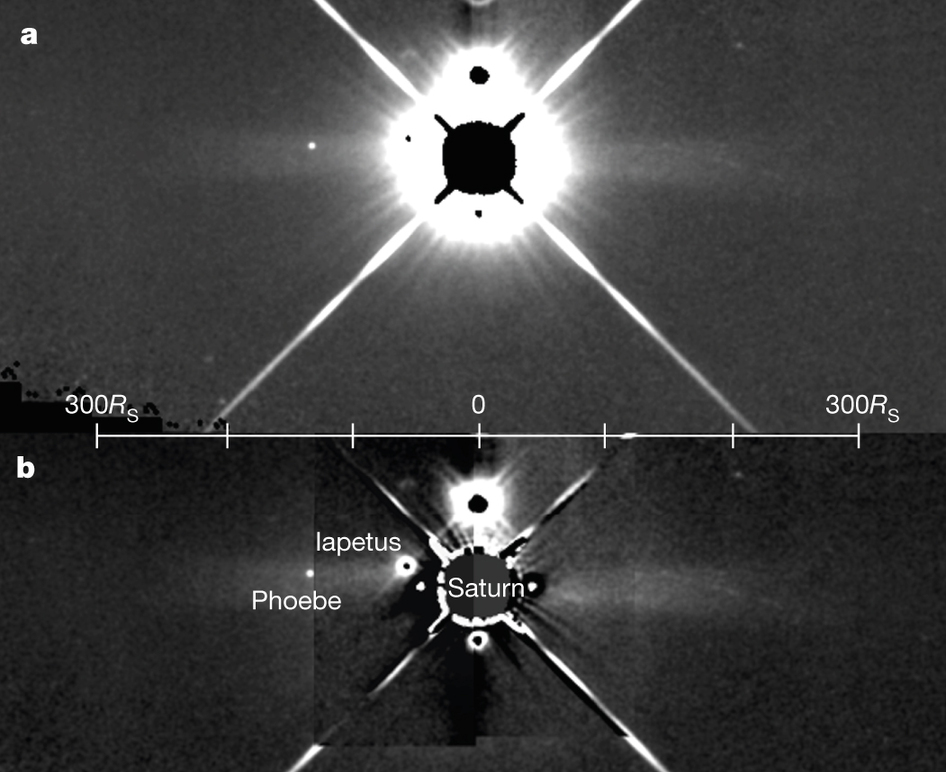 Hamilton’s team also learned that Phoebe is made up of small particles and grains of dust that are quite far apart, so much so that an agile spacecraft out of a science fiction movie could probably traverse the ring without crashing into any particles. Scientists estimate that up to 90% of these particles are smaller than a soccer ball.

The new images of Phoebe have left scientists amazed at its size, and leave no doubt that it’s the biggest ring in our solar system. Scientists also believe the new data may help them learn more about the evolution on Saturn’s system of rings.