Natural History Museum of Denmark, Copenhagen – The largest genetic study ever undertaken has shed light on the origins of the people of Europe and Central Asia. The study shows that Europeans of the most-migration period bear a closer genetic resemblance to modern-day Europeans than those that occupied Europe prior to the Bronze Age, which was between 5,000 and 3,000 years ago.

Previous theories as to the cultural development of Europe involved a gradual exchange between various groups of people. However, this new genetic study indicates a series of mass migrations throughout the Eurasian continent. The theory of massive migrations appears to coincide with the large-scale social and economic changes that occurred roughly 5,000 years ago at the beginning of the Bronze Age, as the ideals of family, property, and personhood replaced farming cultures en masse. 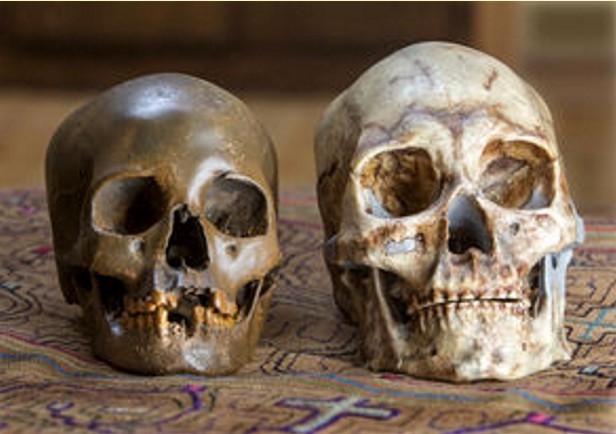 Large-scale migrations would also explain further developments during the Bronze Age, such as the creation of a group of northern European languages. In addition to languages, the migrations also caused significant changes in the gene pool, which is why modern-day Europeans are far closer genetically to the post-migration era than those living in Europe at the start of the Bronze Age.

This study was the first large-scale genomic study of ancient people, and it was done by taking DNA from skeletons that were excavated for study throughout Europe and Central Asia, creating a diverse cross section of the continent. The results have significantly changed our outlook on the cultural and genetic history of the Eurasian continent.