What California City Is Worst for Traffic Accidents?

Finding the least safe city for drivers in California largely depends on the methodology and sources used, yet, regardless of these details, the Golden State has the highest number of dangerous cities for drivers on a national level and some of the worst roads. California drivers are also among the worst in the nation, with Sacramento drivers topping the list. 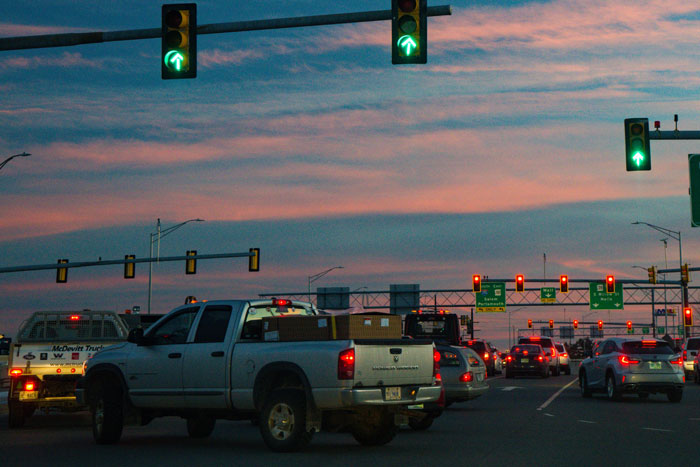 According to QuoteWizard, in 2017, Sacramento was the worst city for drivers as it had the highest numbers of traffic citations in the nation. The River City also had the worst drivers in the country if we’re looking at the number of speeding tickets, accidents, inebriated driving, and other traffic violations.

WalletHub, on the other hand, found that the two of the worst cities to drive in this year are Oakland and Los Angeles when looking at the national average of car crashes. WalletHub researchers also found that Oakland is the least safe California city to drive in, closely followed by San Bernardino.

When asked what a “safe” city for drivers means, study authors cited a laundry list of metrics including:

· Number of traffic citations for DUI

· Number of events that required a hard braking per 1,000 miles

In 2016, a separate study found that California hosted half of the country’s cities with the most traffic fatalities, beating every other state at the game. The cities with the highest fatalities are Yuba city (27 fatalities per 100,000 population), Madera (23.3), and Merced (20.6).

California Home to the Nation’s Most Aggressive Drivers

The findings came as a surprise as California has some of the strictest road traffic laws. Plus, aggressive drivers risk being charged with an automobile crime. What’s more, in 2017, Sacramento was deemed the city with the worst drivers in the country, coming ahead of Salt Lake City, UT, and Riverside, CA.

One year later, Riverside climbed one spot, while Sacramento landed on the third spot, with Omaha, NE taking its crown. Nevertheless, California still held half of the positions on the top ten list of the country’s worst drivers.

Some of the causes of this phenomenon often cited in the studies include impaired driving, congestion, traffic conditions, and distracted driving.

In 2018, there were 3,884 traffic fatalities, of which 1,069 involved a drunk driver or motorcycle rider. What’s more, aggressive drivers are not the only problem the Golden State needs to address when it comes to its roads. Forty-two percent of the drivers who died in a car crash in 2018, tested positive for a legal or illegal drug (including opiates, marijuana, and cocaine).

I was involved in a Traffic Accident: What’s Next?

If you were involved in a car crash, get immediate medical attention both for you and the passengers traveling with you. If there’s a risk of explosion get away from the vehicle and report the incident to 911 as soon as possible. If one of the passengers was badly injured don’t try to move them from their seat. One bad move and it can leave them paralyzed for life. Ask a 911 operator what to do next.

If there are witnesses around get their names and contact info. You will need them for both the police report and the insurance company’s own investigation. Report the incident to your insurance carrier too. Get the other driver’s name, contact info, and insurance details.

If you were badly injured or the property damage is not covered by the insurance company, you can seek compensation from the at-fault driver or their insurer. In the wake of a severe crash never talk to an insurance representative without a lawyer.

Insurance companies have the habit of trying to lowball their clients through meager settlement offers. With help from a seasoned lawyer, you can boost the value of your injury claim from a few tens of thousands to millions of dollars. Contact an Oakland car accident lawyer today!

How Do I Market My Law Firm on Facebook? < Previous
Understanding how Pico Laser Treatment is done in Singapore Next >