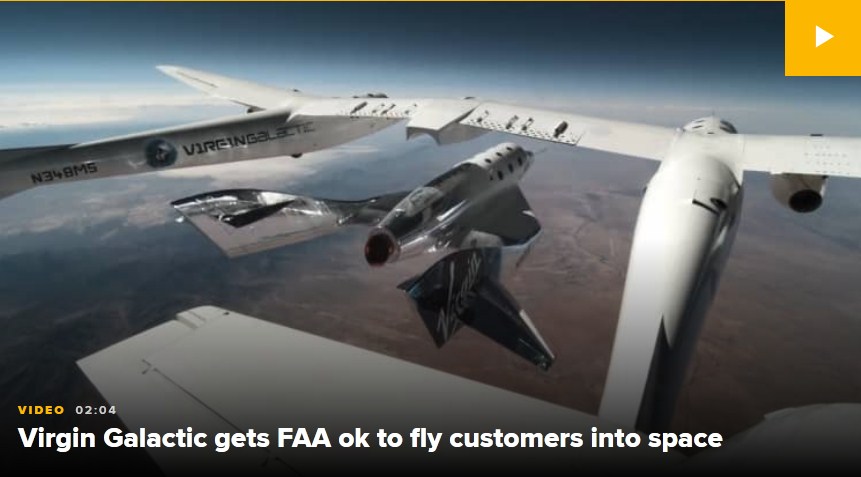 Virgin Galactic completed a 29-element verification and validation program, which the FAA found very satisfying before the approval was issued. On May 29, the company satisfied the regulator’s requirement in terms of the spacecraft’s flight-control systems and inertial navigation systems. The company recorded the feat when its VMS Eve and VSS Unity spacecraft reached an altitude of 55.5 miles at a top speed of Mach 3.

“We’re incredibly pleased with the results of our most recent test flight, which achieved our stated flight test objectives. The flight performed flawlessly, and the results demonstrate the safety and elegance of our flight system,” said company CEO Michael Colglazier. “Today’s approval by the FAA of our full commercial launch license, in conjunction with the success of our May 22 test flight, give us confidence as we proceed toward our first fully crewed test flight this summer.”

Colglazier expressed delight at the milestones achieved by the company and the satisfaction marked by industry regulators. He also said Virgin Galactic had a commercial license granted since 2016, but the license now enables them to fly passengers to space when the company is ready to do so. “This is obviously an exciting milestone and a huge compliment to the team,” he said.

When the airspace company announced the FAA approval, its stocks soared by up to 36% in the stock market and jumped to over $55. In February, the company’s stock rose to more than $60, but it slid to almost $15 in May before rebounding again recently. Colglazier said the company has not announced the date for the space trip which might include Branson, but that the company will make the announcement when the names of the passengers have been perfected.

“I know there’s a lot of interest and speculation out there, but we have not announced either the date or the people that would be on those,” he said. “We approach this very methodically, with safety as the first consideration, and when we have all those boxes checked and all the steps in place – that’s when we can move forward and announce.”

New Humans That Pre-existed Neanderthals 130,000 Years Ago Found In Israel < Previous
Ethiopian Airstrike Kills 64 in a Market in Tigray, International Community Reacts Next >