New Humans That Pre-existed Neanderthals 130,000 Years Ago Found In Israel

Israeli scientists have discovered a new kind of human being that existed 130,000 years ago, long before the existence of Neanderthals, in Israel. The discovery was made by archeologists from Tel Aviv University and Hebrew University and published in the journal Science. 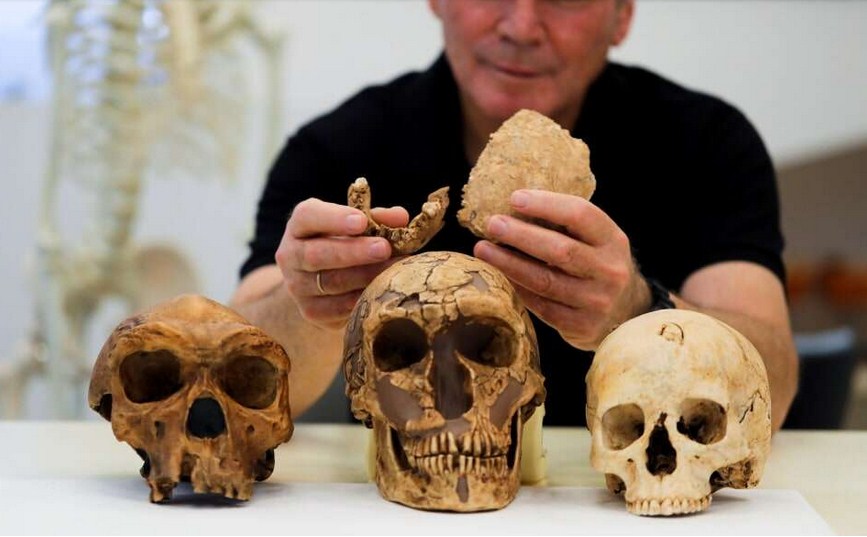 The researchers said the discovery indicated that another type of human being that had never been known to science existed long before Neanderthals came into the picture. They said the human species found in Nesher Ramla area of Israel, possibly intermarried with Homo Sapiens and gave birth to Neanderthals.

According to the scientists, the unknown type of homo species must have dominated the region when Israel would have been like the present African savanna. The leader of the team, Professor Israel Hershkovitz of Tel Aviv University, said present-day human beings must have arrived in the Nesher Ramla region 200,000 years ago, but archaeological proofs indicated that humans must have co-existed with another human species 120,000 years ago, NBC reports.

“We know that modern humans – or Homo sapiens – arrived in this area some 200,000 years ago,” he said. “When we started excavating and examining the different archaeological layers, we found that they dated back between 140,000 and 120,000 years ago, so we expected to find remains of Homo sapiens. We did not realize that another form of human was living alongside them.”

Given that the newly discovered type of human probably lived in Nesher Ramla hundreds of thousands of years ago, the scientists named the new human type Nesher Ramla after the region where they were found. Hershkovitz said the discovery contradicts the widespread belief that Neanderthals originated from Europe, but that they are actually Levant – meaning they lived and thrived in the eastern Mediterranean region that is now occupied by Lebanon, Syria, and Israel.

The researchers said Neanderthals did not migrate from Europe to arrive in present-day Israel 70,000 to 50,000 years ago, but that they actually lived in Israel 130,000 years before any supposed migration from Europe.

The fossils of the excavated species included skulls, teeth, and jaws that were not entirely Neanderthal or Homo Sapien – but were actually that of a species that pre-existed long before both.  Researchers said the Nesher Ramla may even have interacted culturally and biologically with Homo Sapiens to give rise to Neanderthals which dispersed to Europe and Asia among other places.

“We, therefore, realized that we were dealing with a huge population that lived in the region, and probably also migrated in different directions, including in Asia and in Europe and later became the humans we know as Neanderthal,” Hershkovitz explained. “We think that some later fossils we found in several caves dating back to 100,000 years ago probably belonged to offspring of sapiens and Nesher Ramla.”