Unpredictable Climate and Wildfires Kept Some Dinosaurs Out of Tropics, finds Study

The study was published in the Proceedings of the National Academy of Science journal. It shows evidence that for the first 30 million years dinosaurs roamed the earth the climate in the tropics was defined by extreme droughts some years and extended wet seasons in other years. The region was also subject to wildfires every few decades, in addition to having levels of carbon dioxide that are four to six times higher than they are today. 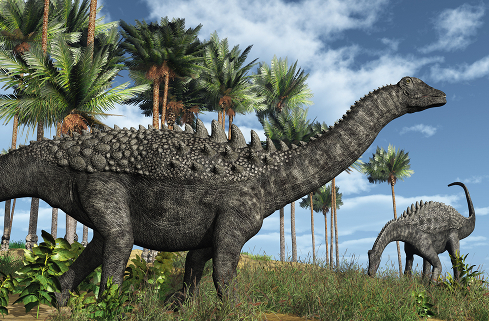 Such conditions would have made it impossible for the vegetation necessary to support these herbivores to grow. Lead author of the study, Jessica Whiteside, compared the conditions to what the western United States looks like today. “The fluctuating and harsh climate with widespread wildfires meant that only small two-legged carnivorous dinosaurs, such as Coelophysis, could survive,” Whiteside explained.

In addition to these two-legged dinosaurs, there was an abundance of reptiles with a strong resemblance to modern-day crocodiles living in the tropics during this time period. Scientists say these reptiles required less food and were more resilient than the herbivore dinosaurs missing from the tropics.

To perform the study, researchers collected rock samples and fossil bones. This data was uncovered at the “Ghost Ranch” in New Mexico. During this time period, the latitude of New Mexico was roughly 12 degrees north of the equator.

Whiteside says, “This is the first multi-proxy study of climate and associated faunal change for this ecosystem,” adding that this is the first time scientists “can examine the interplay between climate change and ecosystem evolution at low latitudes.” The research provides more information on the rise and fall of the dinosaurs, and some scientists are saying it may even be a warning about the future of ecosystems should our own climate continue to undergo radical change and experience extreme highs and lows.