Home » Headlines » Editorials » Tour de France: What are the Six Classifications and Awards?

Tour de France: What are the Six Classifications and Awards?

There was a moment in time that the 2020 Tour de France was in doubt, amidst the global coronavirus pandemic. But with so many sporting events canceled or postponed and rescheduled, it’s great to see the grueling old race able to take place – albeit, later than originally planned. In what often proves to be a thrilling three-week Tour, even those who feel indifferently about the sport find themselves tuning in to see who will be wearing the coveted yellow jersey – and the latest odds on 2020 Tour the France suggest this year’s final recipient will be Primož Roglič of Team Jumbo-Visma. But what do all the different classifications, awards, jerseys, and bibs mean? Our guide should explain all. 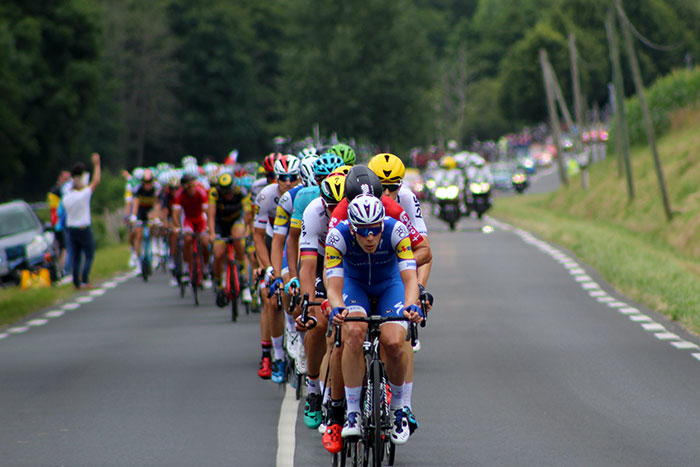 The General Classification is the greatest honor a cyclist can receive, and even if the yellow jersey is worn for a stage or two, rather than at the end of the race, it’s still a privilege. But the yellow jersey wasn’t introduced straight away – it was established in 1919, and prior to that, the leading cyclist wore a green armband to signify they were the race leader.

The yellow jersey or maillot jaune is awarded to whoever is winning the Tour at the end of that day’s stage, in terms of time – and the recipient wears the shirt for the next day of racing. At the end of the Tour, it is awarded to the overall winner, the cyclist who completes the race in the quickest time. Last year’s winner was Egan Bernal of Team Ineos, and he’s still among the favorites to retain his jersey at this year’s showing.

Again, like the wearer of the yellow jersey, the race time is taken into consideration – so the leading young cyclist is the wearer of the white jersey. The competition was established in 1975, and the most recent winner, Egan Bernal was the fifth cyclist to achieve the double of both General and Young Rider Classifications last year.

The Mountains Classification winner is often referred to as the ‘King of the Mountains’ because that particular rider gains the most points for reaching the summit of the mountain stages first. He will be rewarded with the polka dot jersey (white with red spots, also known as the maillot à pois rouges). Although the award began in 1933, it wasn’t until 1975 that the jersey was introduced.

Romain Bardet was last year’s King of the Mountains. However, during 1994 and 2004, Richard Virenque was a seven-time winner. Like the Young Rider Classification, seven different cyclists (on 10 occasions) have been dual recipients of the yellow and polka dot jerseys.

The Points Classification was introduced in 1953, and the green jersey (maillot vert) is used to represent who is leading on points. After every stage, riders are awarded points on how quickly they finish that day, and currently, it’s the first 15 to cross the finish line to receive points. The system ranges from 1-50 points, depending on the terrain, with the flat stages yielding the highest number of points. Riders can lose points for infractions and infringements.

The green jersey has inspired other races on the Tour to follow suit, with both the Vuelta an España and the Giro d’Italia also introducing the same system. Last year’s Tour de France green jersey winner was Peter Sagan (of Bora–Hansgrohe) who wore the jersey from Stage 3 until the end.

The winner of the Combativity Award is also distinguishable by the color of their bib – with their numbers printed onto a red sticker. But unlike all the other Classifications, a jury decides who receives this particular award – and it’s given to the rider that is considered the most aggressive. The award was established in 1952, and while the rules have changed over the years, it is now given to a rider at every stage, excluding time trials. French cyclist Julian Alaphilippe was last year’s winner – he also finished fifth in the final General Classification standings, having led for 10 stages.