Home » Headlines » Science » It is time for new Physics: LHC to Smash Atoms above 13 TeV in search of God Particle

It is time for new Physics: LHC to Smash Atoms above 13 TeV in search of God Particle

Following a two-year hiatus, scientists at the European Organization for Nuclear Research, or CERN, got back to work over the weekend. The last time around, the Large Hadron Collider (LHC), which is the world’s largest particle accelerator, discovered the Higgs boson particle, and now CERN is hoping that it can produce even more data that will give scientists a better understanding of the subatomic makeup of the universe. 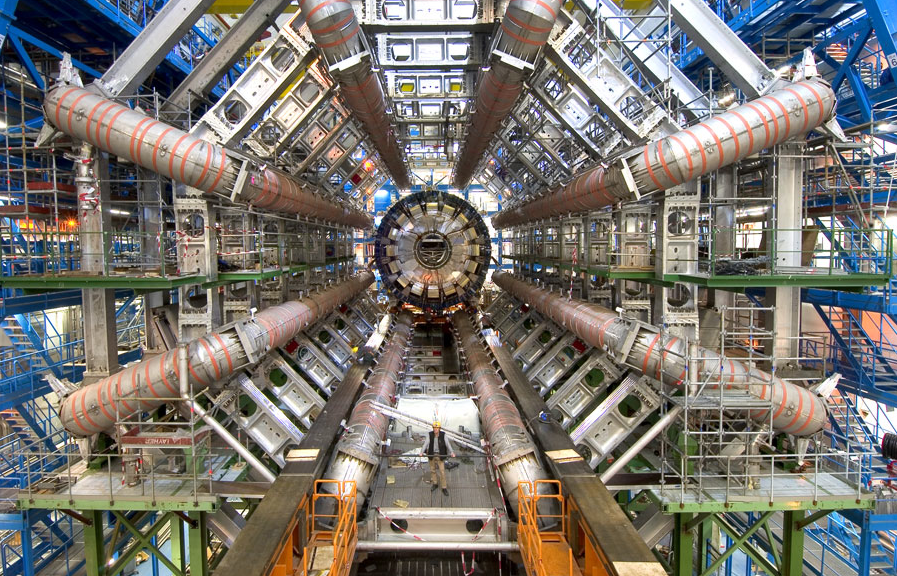 The two-year break in work was so that the LHC could receive an upgrade allowing it to smash together atoms using twice the amount of energy as its first operational period, which lasted from 2010 to 2013. Collisions are now capable at 13 TeV, and now that the LHC is back in action, it’s expected to run until 2018.

Researchers at CERN are using the LHC to find answers about the workings of the universe, specifically with regard to dark matter, which has never been witnessed directly but is believed to make up 85% of the universe. Scientists are starting to collect data on collisions produced by the LHC that will be sent out to all corners of the world for analysis. CERN is hoping that the energy from the smashing particles will release dark-matter particles that they’ll be able to analyze, allowing them to learn more about the workings of the universe.

After the discovery of the Higgs boson particle during the LHC’s last run, there is hope that with the improvements made during its hiatus, there will be more particles discovered and a better understanding of the Higgs boson gained. CERN director general Rolf Heuer says that the LHC up and running again and operating at a higher levels means, “It is time for new physics!”

Bryn Carden Explains How to Eat Healthy While Traveling

August 3, 2021, No Comments on Bryn Carden Explains How to Eat Healthy While Traveling

August 1, 2021, No Comments on Boris Johnson’s Wife Expects a Baby in December after Suffering Miscarriage

July 31, 2021, No Comments on Former Cardinal Theodore McCarrick Charged For Sexually Abusing a Minor 47 Years Ago

July 30, 2021, No Comments on Navy Charges Sailor with Arson after Setting Fire to an Amphibious Assault Ship

Guide For Starting A Business In The State Of Colorado

July 29, 2021, No Comments on Guide For Starting A Business In The State Of Colorado

July 28, 2021, No Comments on Things to Consider When Building Large Scale Public Facilities

July 28, 2021, No Comments on Nat Phillips can fill Ben White’s void at Brighton

July 27, 2021, No Comments on 7 Result-oriented Strategies that Ensure Strong ROI from Email Marketing

What Do I Do If I’ve Taken Paraquat?

July 25, 2021, No Comments on GM Files Lawsuit against Ford for Use of Its BlueCruise Tech Brand Name