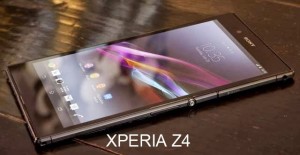 Today, Sony revealed its new flagship smartphone, the “Xperia Z4” as a public announcement in Japanese. However, no information pertaining to an accompanying compact version or international launch date has been released.

Similar to its Z3 predecessor, the Xperia Z4 boasts a 5.2-inch screen, Snapdragon 810 processor with a modest eight-core 2GHz, 64 bit, and 6.9m form. Even the rear-facing camera features the same 20.7 megapixels. There are differences as well to include wide angle lens for the front-facing camera, Android 5.0 Lollipop, and 3GB of RAM.

Another key benefit of the Xperia Z4 is that this smartphone is both dust and water resistant, something both Galaxy S6 and S6 Edge do not offer. The launch of this new smartphone follows an announcement by Sony that literally thousands of jobs would be cut and that the number of smartphone models would be cut as a means of boosting profit.

Sony has headed into a major restructuring project, to include its TV and personal computer arm division being spun off. Although CEO Kazuo Hirai told reporters the company needed to stay in the smartphone business, there was confirmation earlier this year that an exit strategy was being considered.

If Sony were to depart from smartphones, it could have a dramatic implication. As analysts point out, leaving the mobile industry could cause the company to lose a significant portion of its consumer brand.

Some experts feel that Xperia Z4 will play a key role in the direction that Sony ultimately takes. This new smartphone has a lightweight yet durable aluminum case and is available in four distinct colors. One of the biggest challenges that Sony and other smartphone manufacturers are facing is trying to find a way to differentiate smartphone designs.

For people in Japan, Xperia Z4 will be available sometime by the middle of the year but for worldwide availability, no one has provided information. This device is being pitted against rivals like Samsung and Apple, companies that have recently unveiled their own new smartphones. While even smaller players like Xiaomi are finding their place in the mobile device sector, Sony is still having a difficult time gaining ground.

As a means of combatting this problem, Xperia M4 Aqua, a mid-range smartphone, was introduced in March at the Mobile World Congress. The focus was meeting demand of a growing number of consumers who want a quality device but without spending a lot of money.

Now with Xperia Z4, analysts feel that Sony is trying to retain existing mobile customers opposed to building a stronger customer base. Although prior owners of a Z-series device will likely jump on the chance to own the Xperia Z4, attracting new customers will be a big obstacle that Sony faces.