Kristina Brown Remains in Coma Amid Rumors She is Awake 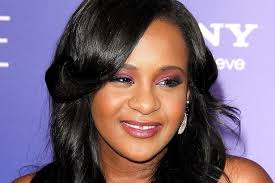 In support of Bobby’s claims, one of Kristina’s aunts spoke with a local celebrity news reporter saying that her niece had in fact awakened from her coma. Bobby’s own sister Tina posted on her Facebook page that Bobbie had woken up and is no longer on life support, adding that God is good and then thanking everyone for their prayers. However, Tina stressed that there is still a long healing process but that she will be okay.

After being found unconscious in a bathtub at her home on January 31, Kristina has been in a coma with doctors telling the family she will never recover. Unfortunately, it has now been confirmed that 22-year-old Kristina is in the same neurological state as before.

According to a close family member, Kristina is no longer medically sedated and not officially in a “coma” but she has yet to show any response to people she knows and loves. The individual confirmed that even when Kristina hears familiar voices, there is no movement and her eyes do not follow anyone around her room.

Although Kristina has been under the best doctor’s care the extent of her injuries are a mystery. The actual reason that Kristina ended up in the bathtub also remain unknown. Almost three years to the day of her own mother, famous singer Whitney Houston, being found unconscious in a hotel bathtub Kristina shared the same fate. Sadly Whitney was unable to pull through and ultimately died.

Kristina was treated for several weeks at Emory University Hospital, the same hospital where her mother passed away. Eventually, her breathing tube was removed, allowing her to be ventilated through a trachea. At that time, Sanjay Gupta, chief medical correspondent for CNN said the procedure suggested that Kristina would need support for possibly months.

In March, Kristina was moved to a rehabilitation facility in Atlanta where she is still being treated. No one knows if Bobby Brown was provided inaccurate information, which he then shared with concert goers, if he is just trying to remain optimistic, or if perhaps is in full denial about the prognosis of his daughter.

To law enforcement, Kristina’s case is being treated as a criminal investigation. When questioned for comment, Christopher Brown, attorney for Bobby declined to comment.