An unnamed sixth-grade girl at an Idaho middle school was disarmed by a teacher after shooting three people with a handgun. The girl who lives in Idaho Falls shot two students and a custodian at her Rigby middle school on Thursday before police arrived. It is believed that the shooter should be around 11 to 12 years of age given that that’s the age of most sixth-grade students in the United States. 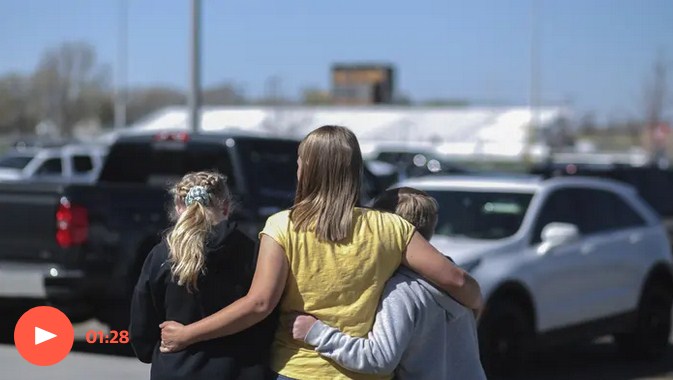 Although the police are still investigating the motive for the attack, Dr. Michael Lemon of the Eastern Idaho regional medical center said the gunshot victims were mostly shot in the extremities. The custodian was treated and then released, but the two students will be released by Friday, and one of them might need a little surgery.

Police arrived at the school at about 9:15 am after they were summoned and students were evacuated to a nearby school where they remained until their parents came for them. Some students reported hearing some gunfire before pandemonium broke out and the shooter girl was apprehended and handed over to the police.

The school superintendent for the Jefferson district, Chad Martin, noted that “today we had the worst nightmare a school district could encounter.” He said the schools in the district will be closed so that students can reunite with their families and those requiring counseling will have it. The National Center for Educational Statistics said there are about 1,500 students in 6th to 8th grade at the Rigby middle school where the event happened.

Governor Brad Little of Idaho expressed thanks to the police and other authorities that responded to the shooting, and he prayed for the recovery of those wounded. “I am praying for the lives and safety of those involved in today’s tragic events,” he said. “Thank you to our law enforcement agencies and school leaders for their efforts in responding to the incident.”

School Superintendent Jefferson said the authorities are still investigating the event and no students are in dangers anymore. Law enforcement is also investigating where the girl obtained the gun from. County prosecutor Mark Taylor disclosed that the authorities will decide on pressing charges when investigations are completed, and that the schoolgirl might face three counts of attempted murder.

President of the Idaho Education Association, Layne McInelly, said his association is on standby to provide needed support to school employees, students, and the community. He urged members of the community to exercise patience while authorities do their job, and expressed recovery wishes to the victims and families of the wounded.