The co-founder of Vans sneaker and clothing company, Paul Van Doren, is dead. The company announced on social media on Friday that Doren passed on without revealing details about his death. Doren, his brother James, business partners Gordon Lee and Serge Delia established the Van Doren Rubber Company in Orange County, California, in 1966. 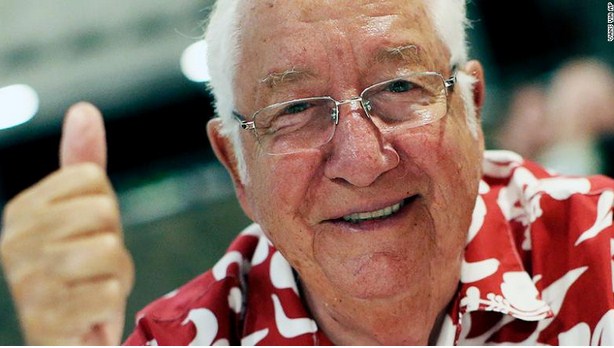 “It’s with a heavy heart that Vans announces the passing of our co-founder, Paul Van Doren,” the company tweeted. “Paul was not just an entrepreneur; he was an innovator. Paul’s bold experiments in product design, distribution, and marketing, along with his knack for numbers and efficiency turned a family shoe business into a globally recognized brand.”

Doren dropped out of high school and moved from Boston to Southern California where he collaborated with his brother and partners to set up a shoe company. He recalled in his autobiography “Authentic: A Memoir by the Founder of Vans” published on Amazon last month that 16 people bought his company’s shoes on the first day of opening.

He recalled in his book that the first customer paid $5 even though the price of a pair of shoes was $2.49. However, he didn’t sell 16 pairs of shoes on his first day of business because people paid for them, but largely because he gave them out on credit and all the customers returned to pay for their purchase.

“The first person gave me a $5 bill; a pair of shoes was $2.49,” Doren stated. “But I didn’t have any money in the cash register, so I gave her the shoes. We ended up selling 16 or 18 pairs of shoes that day. You know what? I said, ‘Come back later to pay.’ Every one of those people came back and paid.”

Vans in its early years also sold customized shoes to its customers and marketed various designs in surf shops and department stores. Due to the unique designs of the sneakers, skateboarders took interest in the shoes and this boosted the reputation of the brand. The company also tried to diversify into producing specialized shoes for sporting activities such as football, basketball, skydiving and breakdancing in the early 1980s, CNN writes.

Although the company paid professional skateboarder Stacy Peralta to wear its shoes at one point, celebrities such as Justin Bieber, Kanye West, the Kardashians, and BMX wore the brand when it scaled. Actor Sean Penn even wore it in his 1982 movie.

But Vans suffered financial hardship and declared bankruptcy in 1984 and was acquired by a banking corporation in 1988. It was renamed Vans Inc. after it went public in 1991 and VF Corp. acquired it in 2004. The company generates about $2 billion every year from the sales of its brand shoes and also sponsors many sporting events.