New York – Google Maps for smartphones upgraded a new feature to its explore section for Android users in the United States and United Kingdom. The app is now providing restaurant recommendations in selected cities such as New York City, San Francisco and London. Google released the news today through a blog post titled “Discover deliciousness with Explore in Google Maps.”

In little time, smartphones have become our most valuable accessories not only for communication but to other several activities such as GPS apps. Nowadays, there’s an application for anything you can think of and Google Maps gathers several needs. Furthermore, our world becomes more globalized over time due to technology and traveling facilities. We as citizens from the world must keep its beat. 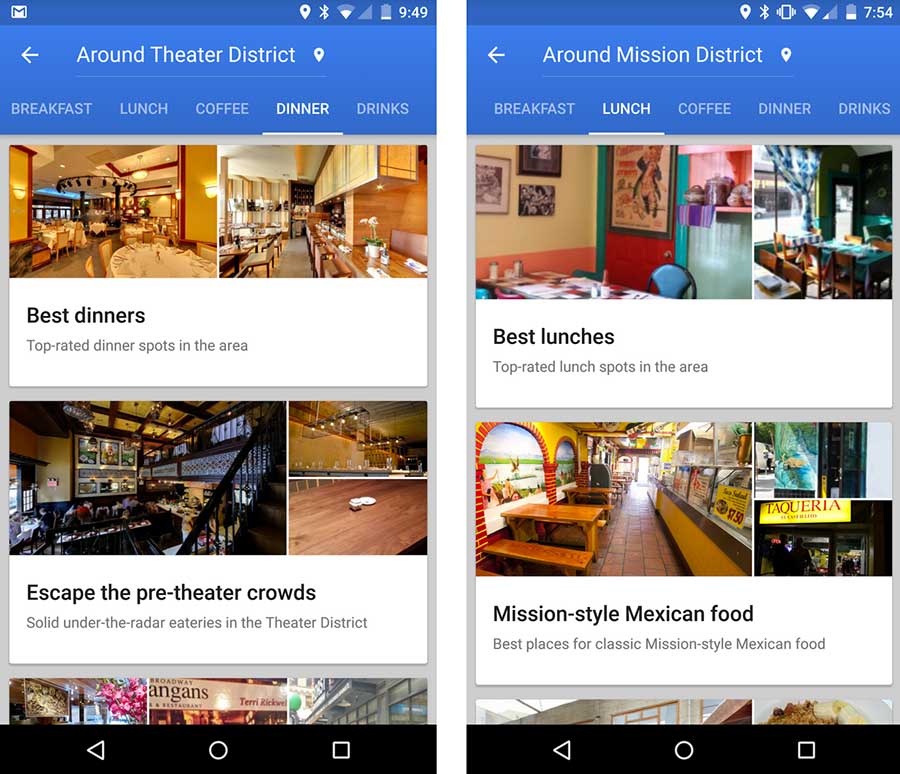 How does it work?

Google Maps as a matter of fact played it’s role. Adding a new feature that provides restaurant details and useful information of some cities. The application that has interactive maps aims to offer a more pleasant eating experience, making life easier for those who enjoy a nice and delicious foods in capital cities like New York.

By dint of hard work Google Maps managed to make their application user-friendly. Now you can easily interact with these new features just by writing down the city where you are, and clicking on the image that will be visible on the bottom left corner. Other features were improved too, like reviews section and customize maps. Food is ordered by categories and every location has every depth-detail a customer must know.

Since details makes the difference, “lunch nearby” and “Best spots for dinner with kids this weekend” sections are also included. The company stated: “You can be confident that Google Maps has you covered.” So apparently, you must trust the applications’ taste.

ACER’s new Lego-like computer < Previous
‘Grey Swans’ have Tampa, Cairns and Dubai in their sight Next >