GUINEA – A new evidence has emerged, showing chimpanzees getting boozed on palm wine in what scientists say lent credence to apes sharing genetic mutations with man for alcohol. Deep in the forests of Guinea in West Africa, the apes took to drinking palm wine from containers suspended by tappers from the palm trees.

In the study published in the journal Royal Society Open Science, the scientists said shooting a video of chimps drinking palm wine and getting boozed at it is a culmination of a 17-year research into ape behaviors and tendencies in the wild. 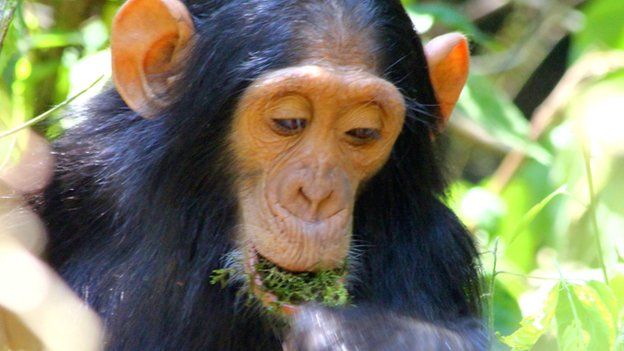 What is even more surprising to researchers studying the apes in the wild is the technique they devised to access the palm wine. Traditionally, palm wine tappers cut through the top of the tree and then put a container to contain the flowing sweet sap which they later harvest for sales. But chimps were observed climbing the palm trees to access the container, then improving a leaf sponge which they insert into the liquor and then drink from.

Dr. Kimberley Hockings of Oxford Brookes University and the Centre for Research in Anthropology in Portugal, noted that some chimps got drunk after consuming too much ethanol and even started misbehaving in their group.

She said the drunks ones among them consumed about 85 ml of alcohol and then started showing signs of drunkenness, and soon fell asleep just as humans would do.

Although scientists have been studying apes in the wild for over 60 years, this is the first time they would video them consuming liquor to the point of inebriation, and many other researchers like Matthew Carrigan of Sante Fe College surmise say African apes and man both have the capability to metabolize ethanol without any difficulties, further establishing they descended from a common ancestor. Scientists continue to carry further research into this phenomenon of apes boozing in the wild.