Scientists narrow down search for lost Philae lander, might be located on Comet 67P

All science enthusiasts remember the European Space Agency (ESA) lost its Philae Lander on the surface of Comet 67P/Churyumov-Gerasimenko shortly after it disengaged from its Rosetta carrier in December.

The mission team has not been able to establish any communications with the probe because its battery went dead after it landed at a shaded area of the comet. But scientists now think they have obtained the exact location where the Philae lander must have landed and hope to communicate with it again. 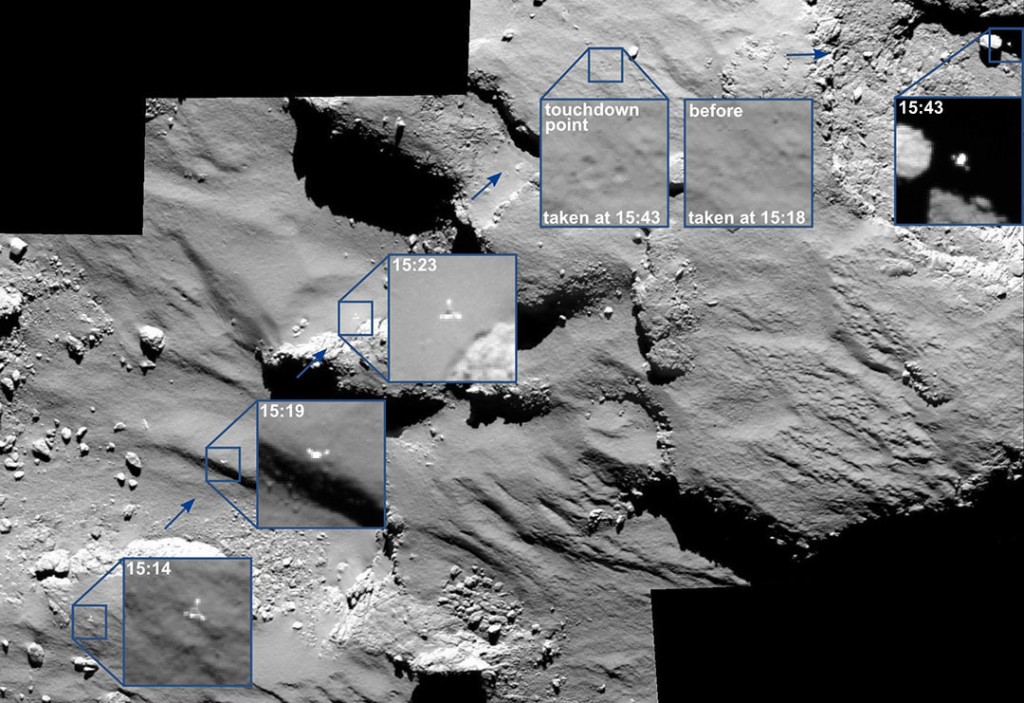 The Philae got lost on Comet 67P when it could not deploy its harpoons which could have secured it properly. It bounced several times on the surface of the comet before touching down at a shaded part of the extraterrestrial object traveling round the sun in an elliptical orbit.

Since it landed in a shady unknown area around the Abydos region of the comet, it could not access direct sunlight to charge its battery panels and its power soon drained out. It went into hibernation or safe mode, and now awaits a time when the comet would get close enough to the sun to expose its location to the sun for its battery to charge – and for its communication portals to establish contact with Rosetta.

In order to better trace its exact location, its mission team used its CONSERT device to recreate its trajectory by analyzing the radio waves transmitted by Rosetta. With this data, they were able to have a rough idea of where the Philae might be located at a 16 meter by 160 meter region.

The researchers also explored another idea where they examined images taken by Rosetta in December – seeing some small sparks of light on the surface of the comet and thinking that might be the solar panels of the Philae shinning against the sun.

According to Philippe Lamy of OSIRIS imager, “This bright spot is visible on two different images taken in December 2014, clearly indicating that it is a real feature on the surface of the comet, not a detector artifact or moving foreground dust speck.”

The final hopes of the team lies in the coming round of the sun to shine lights on where the probe lies on the comet, and this will surely recharge its batteries and start it back to light for better communication with Rosetta and a continuation of its work on Comet 67P.