Japanese researchers have discovered a “genetic switch” that determines whether germ cells ultimately become sperm or eggs. The study, which was published Thursday in the journal Science, used Japanese rice fish to show that the fox13 gene is the “genetic switch” that is the determining factor between an egg and sperm cell.

Germ cells are present in all vertebrates in both male and female, although little is known about the molecular process that turns them into either a sperm or egg. Thanks to the study, we now know that the cells have a switch mechanism that makes the determination between sperm and egg. It turns out that the fox13 gene is necessary for reproductive systems to function properly. 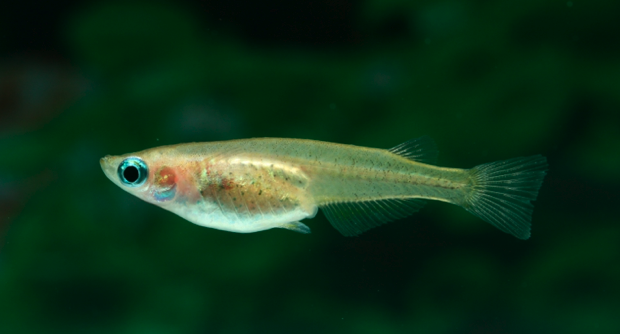 During the study, female fish that had the fox13 gene removed began to develop sperm cells instead of eggs in their ovaries. Aside from the sperm being present in the ovaries, they were otherwise normal and capable of producing offspring. Minoru Tanaka of the National Institutes of Natural Sciences in Japan says, “Our results indicates that once the decision is made the germ cells have the ability to go all the way to the end. I believe it is of very large significance that this mechanism has been found.”

Prior to the study, scientists thought that germ cells were passive and dependent on the other cells in the body. However, the study showed that functional sperm could exist even though the surrounding cells were female, showing proof of the sexual switch in germ cells. Also surprising to scientists was the female fish appearing normal on the surface despite the fact that they were producing sperm.

In the future, this discovery may allow commercial fisheries to have female fish capable of producing sperm for reproduction, creating a larger population of fish they can sell. This discovery may not directly relate to humans, as they don’t possess the fox13 gene, but scientists believe humans have a similar segment in our genetic structure that may make it possible to undergo the same process.

SMS Lifesavers App alerts CPR experts to save Cardiac Patients before help arrives < Previous
Scientists narrow down search for lost Philae lander, might be located on Comet 67P Next >