Home » Headlines » U.S. » Republican Senator to Step In If Biden Is Not Issued Intelligence Briefings by Friday

Republican Sen. James Lankford (Oklahoma) said Wednesday that he would step in if President Donald Trump’s administration refuses to grant President-elect Joe Biden the required access to presidential daily intelligence briefings by Friday. The briefings are one of the entitlements of a president-elect. 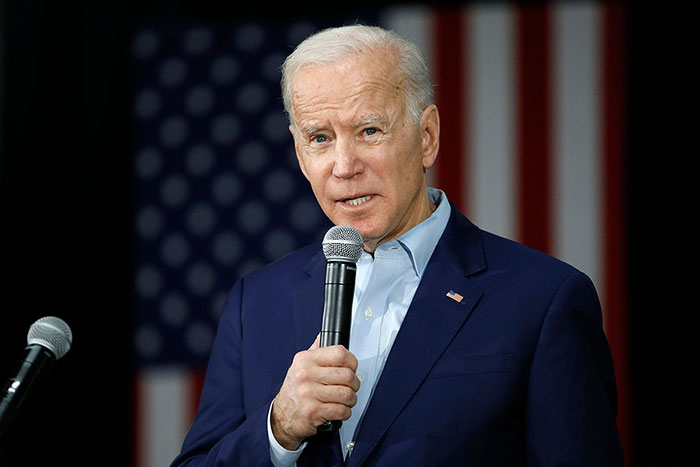 “There is no loss from him getting the briefings and to be able to do that, and if that’s not occurring by Friday, I will step in as well, and to be able to push and to say this needs to occur so that regardless of the outcome of the election, whichever way that it goes, people can be ready for that actual task,” Lankford stated.

Lankford, who sits on the Senate Oversight Committee, said that he’s made moves already to engage concerned parties on the issue. Trump is contesting the result of the election and has so far refused to concede defeat. He has alleged voter fraud and irregularities and is challenging the outcome of the poll in several states through lawsuits filed by his campaign.

Trump’s refusal to concede means that Biden is getting little or nothing of privileges usually accorded to incoming presidents such as daily briefing containing important classified national security information on pressing matters. The Office of the Director of National Intelligence said on Monday that Biden’s restriction to such high-level access is due to the non-confirmation of the outcome of the election by the General Services Administration (GSA).

Emily Murphy, the head of the GSA and an appointee of Trump, has to formally acknowledge Biden’s win, which he has not done ever since Biden was projected winner. Although some Republican congressmen have reached out to Biden, most influential GOP lawmakers are toeing the same line as Trump. However, it cannot be confirmed at this point if it is a legal requirement that GSA needs to ascertain the election outcome before a president-elect can receive intelligence briefings.

Lankford referred to the transition of 2000, which a bipartisan 9/11 report has said contributed to the lack of vigilance in the nation prior to the worst terrorist attack on American soil. Lankford noted that there was nothing wrong with Biden getting briefs to be able to prepare for the office adequately. However, Biden has come out to say that the briefings are useful but not necessary.

Lankford said that Vice President-elect Kamala Harris had the requisite clearance to start getting the briefings because she is already serving on the Senate Intelligence Committee. Lankford was not alone in his submissions, as Sen. Mark Warner, a Democrat on the Intelligence Committee, also proposed the same.

“As has been done in every other transition, the President should order that Biden and his team receive the PDB, as has been done in the past, even during the contested election of 2000,” Warner said. “It’s simply irresponsible to withhold this in these uncertain times.”

While Lankford has called for Biden to receive the PDB, he did not outrightly acknowledge Biden as the president-elect. He said that Trump has the right to seek answers to every question he has concerning the outcome of the election.

Trump Sacks Defense Secretary Esper, Elevates Loyalists to Top Positions at the Pentagon < Previous
Does Your Business Need a Lawyer on Retainer? (Yes, and Here’s Why) Next >