The Pentagon on Tuesday assigned new influential roles to three of President Donald Trump’s loyalists following the Monday ousting of Secretary of Defense Mark Esper and the resignations of many senior officials in the Defense Department, CNBC reports. 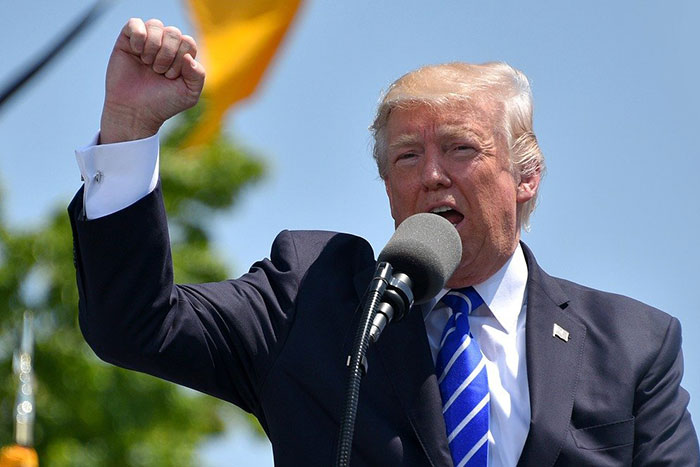 Reports have it that many top officials at the Pentagon are currently edgy, not knowing what to expect next from the White House, as the purge continues. The sudden changes at the Defense Department began just two days after President-elect Joe Biden was projected as the winner of the presidential election, an outcome that Trump has roundly rejected. Biden’s victory became sure when he secured more than the 270 Electoral College votes needed to win the presidency.

Christopher Miller, the director of the National Counterterrorism Center, replaced Mark Esper as the new Secretary of Defense. The reason for this replacement was not given. Still, inside sources claimed that Esper was against the premature withdrawal of US forces from Afghanistan before the required conditions on the ground are met, amidst all the other security concerns.

Amongst Trump’s loyalists taking on new roles at the Pentagon is retired Brig. Gen. Anthony Tata. Tata, who cuts a controversial figure, will be taking over the position of James Anderson, who resigned on Tuesday. Anderson had been serving as the acting undersecretary of defense for policy since Trump dismissed John Rood in February. Tata will now be assuming the role of undersecretary of defense for policy, CNN writes.

Tata had earlier been nominated for the role by Trump, but lawmakers opposed his nomination. He was subsequently assigned a position at the Pentagon that did not require confirmation. The retired army general is a top Trump loyalist and has a history of making controversial Islamophobic statements and promoting conspiracy theories. He once called former President Barack Obama, a terrorist leader.

Retired Navy Vice Admiral Joseph Kernan also left his position as the undersecretary of defense for intelligence. It was not clear if Kernan was asked to resign, or he left of his freewill.

Kash Patel will be replacing Jen Stewart as the chief of staff to the Defense Secretary. Patel, until his latest promotion, was a senior director for counterterrorism at the National Security Council. He is also a controversial figure who has worked under Republican Rep. Devin Nunes of California on the House Intelligence Committee.

His name came up during the House impeachment inquiry investigation into Trump’s decision to withhold military aid to Ukraine last year.

Analysts are alarmed at the sudden changes at the Pentagon. They are concerned about whether the current flurry of changes is being made to prepare the way for the series of steps that Trump, in the final weeks of his presidency, may want to take, which the ousted officials had opposed.

One such step is the withdrawal of military forces in Afghanistan against expert advice. US military officials had continually advised Trump to make the withdrawal of US forces conditional. The conditions include the Taliban severing its relationship with Al-Qaeda and commencing roundtable talks with the Afghan government – a condition they were yet to meet. Another step by Trump would be deploying active forces against any future protests.
Experts have also questioned the choice of Miller, who they doubt have the experience needed to step into the shoes of Esper. They cite his low-level expertise which focuses only on just counterterrorism. There are fears that more dismissals are yet to come, especially within the CIA and FBI.