VATICAN CITY – In his bid to contribute his quota to the fight against climate change and global warming, Pope Francis has decided to address his June 18 encyclical on the environment to everyone in the world, and not necessarily to the 1.2 billion Catholic faithful the world over.

Although the Pope gives his weekly blessings on Sundays, he has been engaged of recent in a campaign to publicize his coming environmental encyclical, and to alert millions of people the world over on why they need to address the growing menace of environmental degradation and climate change among others. 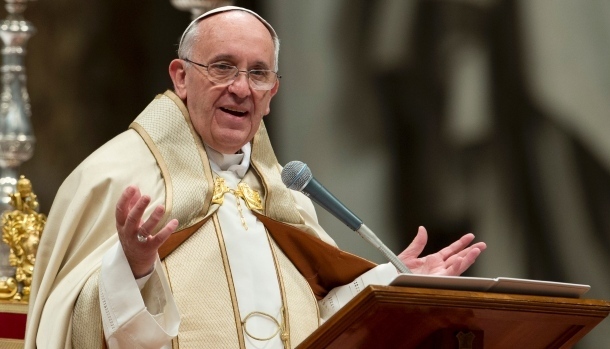 A told a crowd at the St. Peter’s Square that “This encyclical is aimed at everyone: Let us pray that everyone can receive its message and grow in responsibility toward the common home that God has given us.”

Three speakers have been noted to speak at a Vatican news conference to buttress the point that the issue of the environment concerns everyone in the Pope’s own view, and the three speakers are an atheist scientist, a Greek Orthodox theologian, and a Vatican cardinal.

The Pope is expected to also address the issues of poverty, flooding, rising sea levels, gas emissions, and the need to care for God’s world – our world. He will buttress the point that Earth is God’s gift to man, and man has the primary responsibility to care for it and prevent his own extinction by preserving the Earth.

Several world leaders have been clamoring for a better world, but it is believed that the Pope’s voice would lend some authority to the need to cater for our environment and protect our universe.