Pfizer is seeking federal approval to manufacture and distribute third COVID-19 boost shots to Americans. But the Centers for Disease Control and Prevention (CDC) and the Food and Drug Administration (FDA) said it is not time for a booster shot yet. Pfizer said there is evidence that people who have been fully vaccinated with two shots have their immunity reduce after about six months and that a booster shot will equally protect them against the Delta variant of the coronavirus. 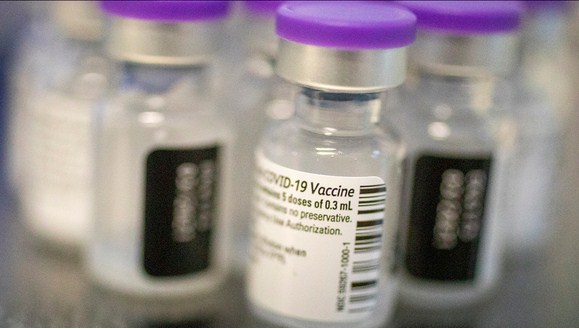 Pfizer said that by August, it will seek emergency use authorization from the FDA after publishing more data on the efficacy and benefits of a third vaccine shot. The pharmaceutical company said it has even manufactured the first batch of the mRNA at its BioNTech facility in Germany for trial in August subject to federal approvals.

Both the FDA and CDC however made it clear that it is not the prerogative of pharmaceutical companies alone to determine when booster shots might be needed.

“Americans who have been fully vaccinated do not need a booster shot at this time,” both federal regulators wrote in a joint statement. “FDA, CDC, and NIH continue to review any new data as it becomes available and will keep the public informed. We are prepared for booster doses if and when the science demonstrates that they are needed.”

Pfizer cited data from the Israel Ministry of Health which demonstrates that the efficacy of the two shots of vaccine begins to decline after six months, but this does not affect the efficacy for preventing serious illnesses resulting from coronavirus infection.  The company said the Delta variant is very dominant in Israel and several other countries and that a third shot might prove very beneficial in tackling the new strain.

“While protection against severe disease remained high across the full six months, a decline in efficacy against symptomatic disease over time and the continued emergence of variants are expected,” Pfizer stated. “Based on the totality of the data they have to date, Pfizer and BioNTech believe that a third dose may be beneficial within 6 to 12 months following the second dose to maintain highest levels of protection.”

While the authorities have not ruled out the need for a booster shot in the near future, the government makes it clear that the Pfizer and Moderna mRNA vaccines provide long-term protection if people get fully vaccinated. They said full vaccination even protects from various emerging variants of the pandemic – including Delta – while the highest hospitalizations and deaths have been recorded among people who are adamant to get vaccinated.

31 Sculptors Use 5,000 Tons of Sand to Build World’s Tallest Sandcastle in Denmark < Previous
The Best New Slot Sites to Visit in 2021 Next >