Latest trials conducted on Novartis AG drug Cosentyx or secukinumab showed it to be superior to placebo and also exhibited sustained efficacy over one year in psoriatic arthritis patients. The one-year results of Phase III FUTURE 2 Study published in the prestigious medical journal Lancet on Monday.

As per information released by Novartis, secukinumab exhibited the quick onset of action and was appreciably better to placebo in removing the signs and symptoms of psoriatic arthritis or PsA. The results and efficacy sustained for more than a year. Secukinumab an interleukin-17A or IL-17A inhibitor is the first such molecule to exhibit efficacy in a Phase III study in adult patients who were having active PsA. 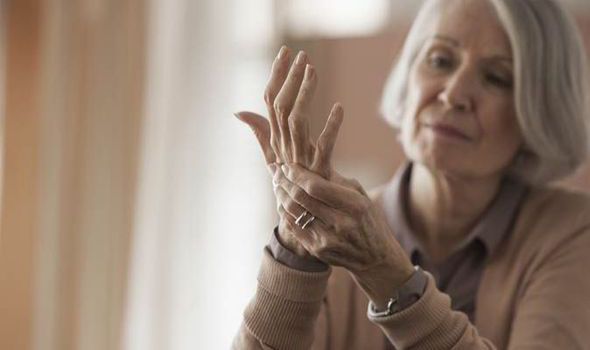 Psoriatic Arthritis is a chronic and crippling inflammatory disease that is characterized by severe pain and stiffness in the joint, nail psoriasis, swelling in the toes and fingers, persistent painful tendonitis and permanent joint damage.

The study involved administration of subcutaneous secukinumab 300 mg and 150 mg for over one year, and a significant improvement in a majority of the cases were seen for both doses. Details of the study were published in the Lancet.

Secukinumab met the primary endpoint of the study that was set by the American College of Rheumatology response criteria or ACR 20 at Week 24. The response rates were considerably better with secukinumab 300 mg and 150 mg as compared to Placebo. Clinically significant improvement was seen as early as three weeks.

What Is an Accredited Investor?

January 14, 2021, No Comments on What Is an Accredited Investor?

How to Ensure a Positive Patient Experience

January 14, 2021, No Comments on How to Ensure a Positive Patient Experience

January 13, 2021, No Comments on Know Your Employee Rights After Work Injury

January 13, 2021, No Comments on 6 Step Checklist for Hiring New Employees

January 12, 2021, No Comments on Hip Replacement Surgery: What Can Go Wrong?

Fastest Ways to get Permanent Residency in Canada

January 12, 2021, No Comments on Fastest Ways to get Permanent Residency in Canada