Federal officials believe they’ve developed technology that could help to end drunk driving. Last week, the National Highway Traffic Safety Administration (NHTSA) unveiled the Driver Alcohol Detection System for Safety (DADSS), which uses sensors to detect a driver’s blood alcohol content. If it reads a BAC that’s too high, the system is able to shut the car off.

The technology includes two types of sensors, one based on touch and the other on breath. A Swedish automotive tech company developed the breath-based system, which uses infrared light to detect the levels of carbon dioxide and alcohol from the driver’s breath, as they breathe normally. The touch sensors will read the driver’s BAC via a light through the ignition or gearshift. Both methods can work in less than a second and immediately shut the car off if a BAC over .08 is detected. 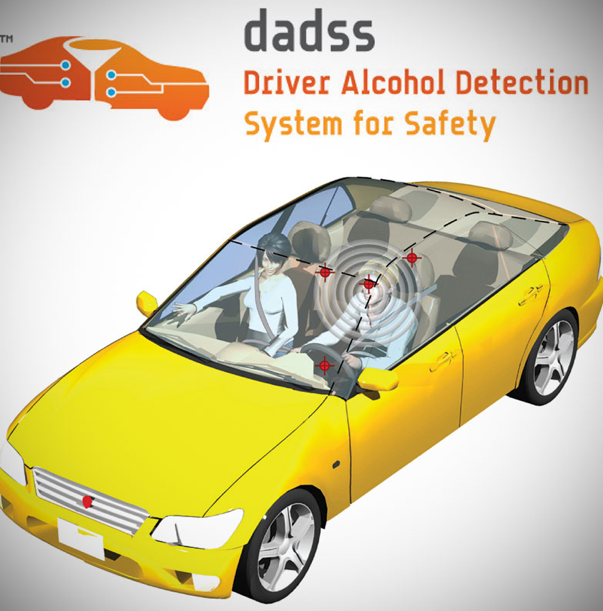 The NHTSA has spent decades trying to cut down on drunk driving accidents and fatalities through stricter enforcement and more education and training for drivers. However, recent statistics show that nearly 10,000 people are killed annually as a result of drunk driving. Transportation Secretary Anthony Foxx says, “The advanced technology of DADSS brings enormous potential to save even more live.”

Similar products are available, but none have the ability to act as quickly and as seamlessly as DADSS, nor do they all possess the power to shut the car down if the driver is beyond the legal limit. Moreover, the settings on DADSS may be altered to accommodate different types of drivers, such as drivers under the legal drinking age, who can’t have any alcohol in their bloodstream, as well as drivers of commercial and other specialized vehicles.

According to the Insurance Institute for Highway Safety, eliminating drivers that are above the legal limit for BAC could save roughly 7,000 lives per year. As of right now, the NHTSA has no plans to mandate DADSS, but this technology could be available in new cars within five years and at a cost of $200 per vehicle, which is on par with the cost of an air bag.