Jump racing timing technology will once again be in use when the tapes go up for the 2021 Cheltenham Festival, which is expected to get underway on Tuesday 16th March. 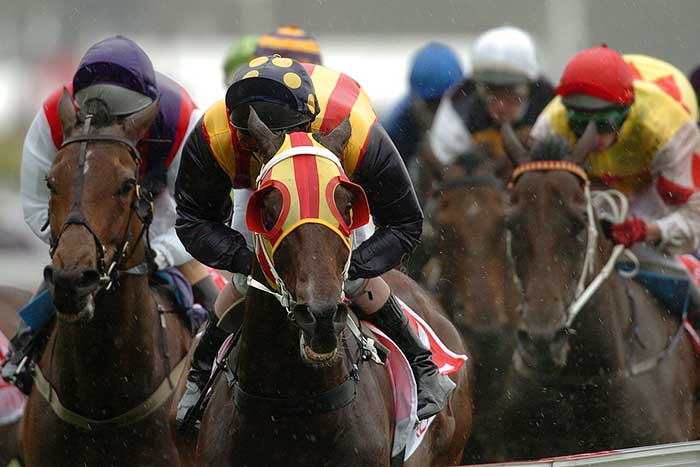 A partnership between Cheltenham Racecourse and the British Horseracing Authority has confirmed the new technology, which was used for the first time at the Festival in 2019.

Improved since it’s the first use, the technology now uses the latest brake beam system, which has been advanced to help create a more accurate record of time data in horse races.

For those that follow and bet on the sport, this is seen as vital information, which along with helping punters can also help the betting industry. Bookmakers regularly battle for new customers around the Festival, with many even having dedicated offers for Cheltenham, so the more offers they are able to provide to bettors, the more betting customers they are likely to gain.

Along with the betting angle that the new information provides for punters, it also forms part of the TV coverage that is beamed around the world through sources such as ITV Racing and RacingTV, who’ll play an even more crucial part this year with paying spectators unlikely to be in attendance at the racecourse.

How Does It Work?

Created by Racetech, who also provides a lot of the racecourse footage, the technology was extensively trailed by racecourses across the BHA remit who all reported it to be a real success.

In its simplest form, the software works by sending an invisible laser beam across the width of the track, using a tripod that is placed at the side of the starter’s rostrum. It then starts to operate once the first horse has crossed through the beam, and also sends a signal to the judge’s box to say that the timing of the race has begun.

The system will then stay in operation until the race has finished; with the timing technology only stopping once the nose of the winner has hit the finishing line. It will then produce a winning time for the race and the winning horse, which will then be available as part of the post-race report and an official result that is posted on the BHA website.

For the remaining runners, their time will be calculated using the more familiar photo finish system, which has been around the sport for decades, with that information then also published on the same BHA website.

What the Experts Say

Emma Marley, Head of Racecourse Operations at the BHA, said: “The new electronic Jump timing technology has been trialed extensively and will provide more consistent, reliable and centralized data for the sport’s participants and customers at the Cheltenham Festival and for their future fixtures.

“We will look to make the Jump timing technology available for roll out to all Jump courses in the very near future.”

The technology is expected to be used across all 28 races at this year’s Cheltenham Festival including the world-famous Cheltenham Gold Cup which has been in existence since 1924, and the Champion Hurdle, which was first run back in 1927.

The event is one of the best in the British sports betting calendar with many of the winners going on to become household names to fans around the world, with the likes of Tiger Roll already winning four-times at the Cheltenham Festival.

Simon Claisse, Regional Head of Racing, South West & Clerk of the Course at Cheltenham, has seen many of those victories and is happy to have the technology back on board again: “We are delighted to be working at the forefront of technology with enhancements to race timing that will help deliver the most accurate outcomes.”

It isn’t just timing technology that is part of the sport of horse racing in the United Kingdom. There has been a whole host of technological advancements in recent times, right from the breeding side of the sport to the surface that the horses run on when they get to the races.

John Bozza, CEO of Racetech said: “RaceTech is delighted to have worked with the BHA and our racecourse stakeholders to develop this new informative technology, supporting our vision to be the technical service provider of choice for UK racing. It is especially pleasing to be a part of the Cheltenham Festival.”

Newcastle Racecourse, which is the home to the Fighting Fifth Hurdle and the Northumberland Plate, recently swapped its flat turf track to an all-weather synthetic surface known as a Polytrack.

While there are also major plans for a similar setup to be created at the home of horse racing in Newmarket, which has been made famous for hosting several trainers in the town along with the venue for two classics in the 1,000 Guineas and the 2,000 Guineas.

How to Build a Local Audience for Your Online Business < Previous
How do Betting Odds work? Next >