If you are not a gambler, catching a glimpse of the latest betting odds in a newspaper or on television can seem bewildering. Whilst odds may seem difficult to understand at first, investing just a little time learning about the subject will quickly pay off. It’s true of course that pages full of numbers and statistics do have a habit of scaring some people away, but the math involved is actually relatively simple. In fact, you may find it is the language, terms, and acronyms which take longer to commit to memory! 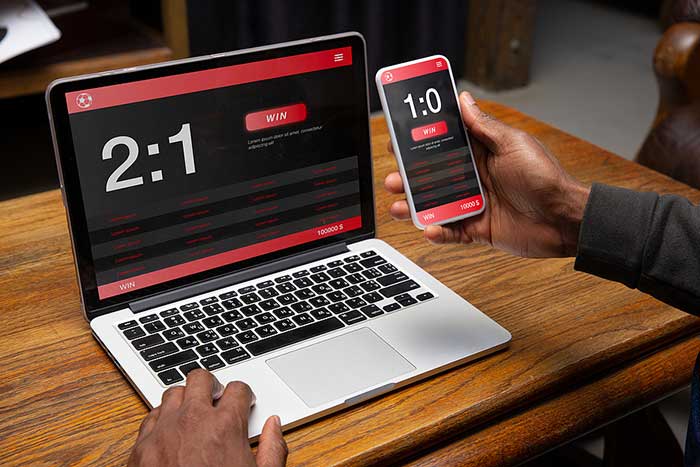 It is important to start with the numbers first though, as these are what allow you quickly gauge each of the participants in a given contest against each other. Several different methods of expressing odds have been developed over time, and so which system is used by your local media will most likely be determined by where you live.

This method of listing odds is favored for all types of betting within the United Kingdom. It is also commonly used throughout the rest of the world for certain sports, particularly horse racing. Odds written in this way are easily recognizable as they are written as a ratio between two numbers, such as 8/1 (pronounced “eight to one”).

Fractional odds tell you how much you stand to win relative to the size of your bet. For example: let’s say you place a $10 stake on a horse at the aforementioned price of 8/1 – this implies that you will receive $80 (8 x $10) if it wins. On the other hand, A price of 1/8 tells you that will receive just one-eighth of your stake as profit for a winning bet. Either way, this does not include your original stake, which will also be returned. You may sometimes see fractional odds written as 8-1 instead of 8/1, but this makes no difference to the expected return.

In many other parts of the world, you are more likely to find odds expressed as decimals. This system is widely used in Australia & New Zealand, Canada, Europe, and Singapore, amongst others. Just like fractional odds, decimal odds tell you the ratio of winnings you can expect in relation to your original stake. Unlike fractional odds, however, your initial bet is included in prices quoted in decimal odds.

In the previous section, we discussed the maths behind placing bets at a price of 8/1. The equivalent of this price when displayed in decimal odds would be 9.00. For some people, this is much easier to understand – you simply take your original stake of $10, multiply it by the quoted price of 9.00, and you have the total expected return on your bet.

Decimal notation can also make it easier to quickly determine who the favorites are and who are the underdogs, as no math is required to do so. This is because when using this system, a higher decimal is always better, and conversely lower numbers are always worse. Now compare this to a race featuring seven runners and prices have been provided using fractional odds of 7/1, 1/4, 5/2, 14/5. Finding which of these ratios represents the favorite, and which offers the best return, will many people much longer to work out.

Also known as “Moneyline odds”, this system is favored in the United States and can sometimes be the easiest to understand of all. Instead of quoting how much you stand to win in relation to your original stake, American odds are calculated relative to a fixed figure of $100.

Returning to our original example of a fractional price of 8/1 once again, the equivalent figure in American odds would be +800. This is simply telling you that a $100 stake would pay you $800 back in profits, in addition to your original stake. The equivalent to a fractional price of 1/8 would be -800, which lets you know that you need to place a bet of $800 in order to win $100. If you want to know more about the American system, you can take a look at the Unibet Odds Indiana and see how the prices have been provided.

Whichever system is used to represent odds, it’s important to remember that the numbers displayed will usually not represent the true chances of any particular outcome. Instead, the numbers given show only what the bookmaker offering that price is willing to pay out for a winning bet.

Odds are constantly adjusted in accordance with the size and number of bets being placed on each outcome, right up to the start of (and even during) the contest. As a result, whenever you see a price you really like you should be sure to place your bet as soon as possible!