NASA’s New Horizons spacecraft is quickly closing in on its ultimate destination, which is the dwarf planet Pluto. After a nearly nine and a half year journey, New Horizons is expected to reach its closest position to Pluto on July 14.

NASA scientists have been analyzing photographs of Pluto that New Horizons has been taking during its journey. The closer the spacecraft gets to Pluto, the clearer and more revealing the photographs have become. New Horizons will eventually be fewer than 8,000 miles from Pluto’s surface, which is the closest any NASA spacecraft has been to a planet other than Earth. 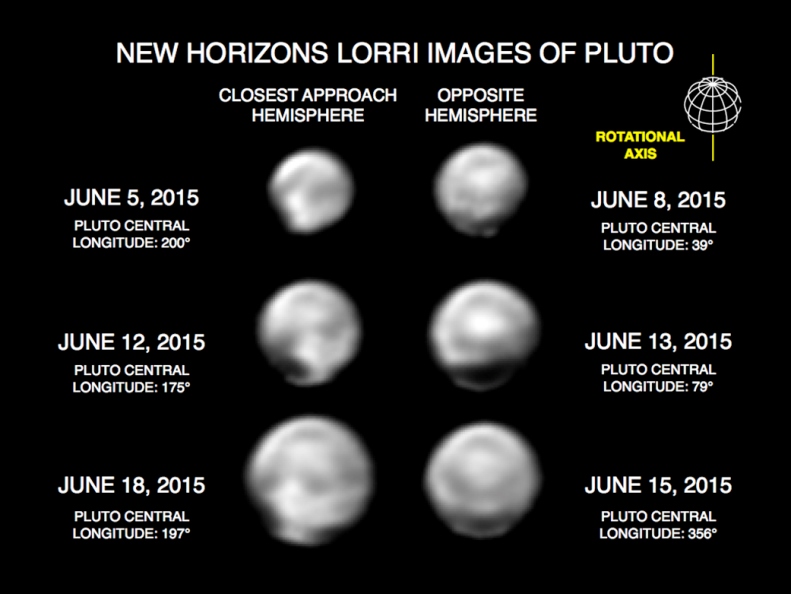 Images already taken of Pluto have revealed a unique spot at one of the dwarf planet’s poles. Scientists hope to get more information about the spot as New Horizons gets closer. Scientists have also found a large mountain range on Pluto’s surface, another feature they are hoping to examine further as New Horizons closes in on its target.

In addition to Pluto, scientists have used the images taken by New Horizons to learn a great deal about Pluto’s moon, Charon. It was previously believed that Pluto and Charon were made up of the same matter, but recent pictures from New Horizons suggest that Charon is darker than Pluto and may have a two-toned structure. However, scientists don’t have an explanation for this and are awaiting clearer photographs.

NASA launched New Horizons on January 19, 2006. At the time, Pluto was still considered a planet, but since then it has been downgraded to a dwarf planet. Nevertheless, scientists have gained a great deal of information from images sent back by New Horizons, and they should learn even more once the spacecraft reaches its closest position to Pluto on July 14.