A team of researchers has discovered a new method of organism self repair with the discovery that the moon jellyfish re-arranges its remaining limbs to regain symmetry after losing one of its eight original limbs. This method is in contrast to the ability of most invertebrates to quickly regenerate and grow back any lost limbs.

The moon jellyfish, which goes by the scientific name Aurelia aurita, is one of the most commonly studied species of jellyfish in the world, but scientists are just now learning about the animal’s unique ability. Michael Abrams, one of the researchers working with the jellyfish at the California Institute of Technology, says, “We’ve not observed another self-repair mechanism,” adding, “It kind of broadens our definition, a little bit, of self-repair.” 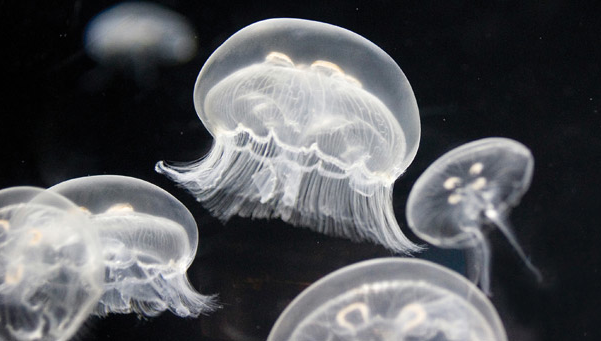 The study focused on moon jellyfish during the stage known as ephyrae, when the jellies are one centimeter in diameter, although at this time their limbs behave as they do in their adult state. When researchers removed one of their limbs and moved them into their natural salt-water environment, they did not re-grow the limb as expected. Instead, the moon jellyfish were able to move their remaining limbs in order to regain their symmetry.

The scientists at Caltech were surprised by the results, but believe the function of re-arranging their limbs is essential for their survival. The jellyfish rely on the symmetry of their limbs to swim and consume food, and Abrams explains, “you can imagine how this paddling surface would be disturbed if you have a big gap between the arms.”

The moon jellyfish were able to re-arrange their limbs through the pulsing of their muscles, allowing the creature to pull its arms into new positions as it swims. Researchers confirmed this theory by giving the jellies muscle relaxers, which inhibited them from re-arranging their limbs after losing one.

Researchers believe this re-arranging function by the moon jellyfish may be applied to damaged robots, which may not be able to grow back a mechanical part, but may be able to re-arrange themselves to re-gain functionality after suffering damage.