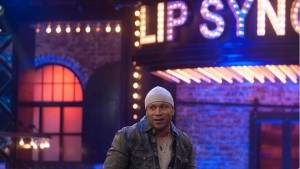 Last night, “Lip Sync Battle,” a series based on a Jimmy Fallon “Tonight” show sketch, premiered on the Spike television network. The show features lip sync-dueling celebrities vying to give the best performance to the audience. In the first episode, LL Cool J hosted as Fallon and Dwayne “The Rock” Johnson appeared as the featured acts. Others scheduled to perform on the show’s initial run, include Queen Latifah, Anne Hathaway, Terrence Howard, Justin Bieber and Mike Tyson.

The premiere signals a considerable shift in programing from the network’s previous efforts. Instead of focusing solely on its core male viewers, Spike is now aiming at a general audience with shows designed to be enjoyed by everyone. The new show is a logical extension of Spike’s effort at broadening its audience, a project that began subtly a few years ago.

Twelve years ago, Spike was launched with a narrow focus on building an audience of young college aged men. Unfortunately, the network succeeded too well at reaching its goal. According to the numbers, a Spike show called “Deadliest Warrior” had results that showed four out of five viewers were guys, with a median age of 22.

When Viacom bought the Nashville Network and converted it into Spike, The focus on the young male demographic was a smart business move. Advertisers paid premium amounts to put their commercials on shows and networks that succeeded in reaching the tough demographic. While advertisers still seek young male audiences, this group is abandoning live television much more quickly than other demographics. There are multiple reasons for the decline, including the increasing popularity of video games and video streaming.

According to information from Nielsen, people aged 18 to 24 watched TV for an average of 18 hours, 33 minutes a week during the last quarter of 2014. This is a four-hour drop from the same period one year earlier. On average, young men watch two hours a week less than young women. This swift decline signals trouble for any network primarily targeting a young male audience.