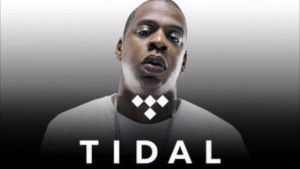 Jay Z and a number of music’s biggest names appeared on stage together on Monday in New York to announce the launch of his new streaming service, Tidal. Jay Z, whose real name is Shawn Carter, acquired the streaming service via his recent $56m acquisition of Swedish music company Aspiro. A social media campaign promoting the new service using Twitter hashtags quickly followed the announcement.

Jay Z has decided to try a new business model for his new music streaming service. He has enlisted some of biggest names in the music industry as equity partners in the new service. At least 15 artists were named as co-owners of Tidal during the announcement made on Monday. The structure of the new company is similar to the artist-owned model established by United Artists back in 1919 to give artists more power over what they produce. People familiar with the matter said the deals with musician do not include rights to music.

It has been reported that artists were offered stock and cash in return for providing promotional and marketing support for the new company. The size of the cash advances and equity portions given to participating members has not been publicly disclosed. According to one manager claiming to be familiar with the discussions, at least of the partners was offered a 3 percent stake in the new company and as much as $3 million in cash. Tidal declined to comment on the ownership of the company.

Alicia Keys, one of the celebrity owners, said, “We have joined in Tidal for the preservation of an industry and to deliver music and experiences in a way that is best for the consumer.” Other co-owners in the company include Daft Punk, Madonna, and Mr. Carter’s wife Beyoncé.

Over the past year, music streaming has entered a new, highly competitive phase and many players are attempting to create new services that snag a part of the industry. Paid streaming services generated $800 million in revenue for labels in 2014. Spotify, the market leader in streaming, currently has 15 million paying customers and 60 million people using its free service. Both Apple and Google’s YouTube are bringing subscription services to market later this year.