Home » Headlines » Improper Payments By Federal Agencies Reached $125B In 2014

Improper Payments By Federal Agencies Reached $125B In 2014 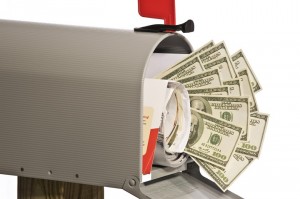 Improper payments made by 22 federal agencies were included in the report, with Medicare, Medicaid and the Earned Income Tax Credit resulting in the highest number of errors. According to the report by the Government Accountability Office, these three programs were responsible for more than $93 billion in improper payments. Many of the payments were made without proper documentation.

A congressional hearing was held Monday to discuss methods of reducing improper payments made by government agencies. At the heart of the hearing was the finding that the Social Security Administration had no death record for 6.5 million people who would be at least 112 years old, potentially paying out millions in benefits for people that are no longer alive. As of last fall, there were only 42 people in the entire world known to be that old. The report claimed that only 13 of the estimated 6.5 million people are still getting Social Security benefits, but those Social Security numbers are still active and could be used to open bank accounts, obtain credit cards or claim fraudulent tax refunds.

The Social Security Administration has also been found to have added the names of nearly 9,000 people who are alive to the death list each year. The error rate is less than 1 percent when you consider that the agency adds around 2.8 million names a year to the list, but for the people affected, the errors can be devastating. People mistakenly declared dead have had to jump through numerous legal hoops to prove that they are still alive and should be taken off of the list.