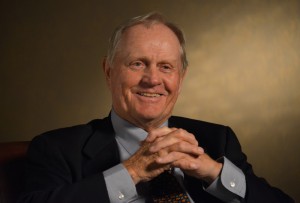 Retired professional golfer Jack Nicklaus has been presented with a Congressional Gold Medal during a ceremony on Capitol Hill in Washington, D.C. The House and Senate leadership bestowed the award on Nicklaus in a ceremony held in the Capitol Rotunda.

The Congressional Gold Medal is highest civilian honor granted by Congress. The award honors those “who have performed an achievement that has an impact on American history and culture that is likely to be recognized as a major achievement in the recipient’s field long after the achievement.”

Nicklaus accepted the Congressional Gold Medal with humility and shed a few tears during his acceptance speech. During his speech, he paid tribute to his wife, Barbara, remembered the hard work of his parents, and praised his family, saying that he hoped that he had made them proud. Nicklaus also spoke of what the game has meant him and how it has helped others by teaching qualities such as honesty, integrity, and sportsmanship. The Ohio State marching band performed for the Ohio-born Nicklaus during the ceremony.

The 75-year-old Nicklaus has been the winner of 120 pro tournaments and 18 major championships during his golfing career. The legendary golfer from Upper Arlington, Ohio still holds the record for most victories in major tournaments. Nicklaus’ emotional win in the 1986 Masters was the last of his 18 major victories.