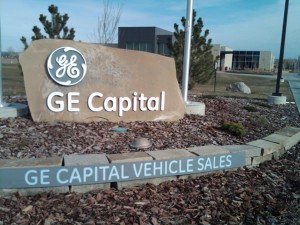 General Electric has announced its plans to sell off its GE Capital banking division and return nearly $90 billion to shareholders over the next few years. GE is making the sale to consolidate its businesses in the best performing segments of the company. The moves show that the company is serious about its plans to exit the financial services businesses and concentrate on manufacturing, something that the company has done very well for decades. Shareholders were apparently overjoyed at the news. After the announcement, the company’s stock rose 8.9 percent.

The announcements were made in a letter to shareholders. The company said that as much as $90 billion would be returned to investors by 2018 through dividends and a share buyback program. A new buyback program of up to $50 billion has already been authorized by the company’s board. GE is currently valued at around $259 billion. GE will turn its focus to energy manufacturing, which includes deep-water oil drilling equipment; power generation and water technologies, as well as its aviation business, which manufactures engines for military and commercial aircraft.

Over the past few years, GE has been selling off its media, financial and appliances assets. GE is planning to sell most of its commercial lending business, its leasing segment, and all consumer platforms, including all U.S. and international banking assets. Selling off the financial side of the business is expected to raise the company’s stock price as it sheds the risks of the business and the increased regulatory burden enacted after the mortgage meltdown and subsequent financial crisis that hit financial companies around the world.

The company sold its remaining stake in NBCUniversal in 2011 and spun off Synchrony Financial, its private label credit card company, last year in a $2.9 billion initial public offering. The company has also sold a number of its real estate assets for about $26.5 billion. Wells Fargo bank and private equity firm Blackstone purchased nearly $23 billion of those assets, which contained a combination of factories, apartment complexes, and commercial loans. As a result of the sale, GE will take an after-tax charge against earnings of about $16 billion in the first quarter this year.