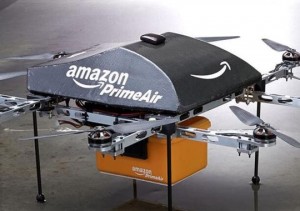 After nearly a year of effort, the Federal Aviation Administration has granted approval for Amazon to test its new delivery drones. Amazon has planned to use the drones as part of its new delivery service, Amazon Prime Air. In theory, the service will use an army of flying drones to reduce delivery times for products ordered from the company to hours instead of days. Amazon was one of 30 companies granted exemption from the FAA’s ban on commercial drone usage.

This is the second time that the FAA has approved a plan by Amazon to use drones to deliver products. The first round of approval took so long that the drone model cited in the documentation was outdated before the plan was approved. As time dragged on, Amazon loudly complained about the amount of time it was taking for the FAA to grant or deny approval for its delivery drone plans.

In response, the FAA revised its policies to make the review of such plans go more quickly. Now, the agency will still review each new petition separately but has fast tracked the ability to grant approval if the agency has already granted a previous exemption that is similar to the new request. This latest approval for Amazon relates to the similar use of a newer model of delivery drone.

As the current rules stand, the pilot of the drone must keep the drone within their line of sight at all times, which will considerably limit the range that Amazon will be able to achieve with each drone. If the company plans to expand their new drone delivery service nationwide, it will have to find a way to encourage the FAA to change this rule. The speed of the drone must remain under 100 miles per hour, have a flight altitude ceiling of 400 feet, and must weigh less than 55 pounds to comply with the FAA rules. If a drone loses connection to its pilot or GPS, it must fly back to a predetermined location instead of continuing on its way.