Former Cardinal Theodore McCarrick has been charged for sexually abusing a minor 47 years ago. The former top church official who was defrocked by The Vatican in 2019 for sex-related charges was charged on three grounds by the Wellesly Police in Dedham District Court. The disgraced cardinal will be facing criminal charges in Massachusetts for indecent assault and battery on a male minor decades ago. 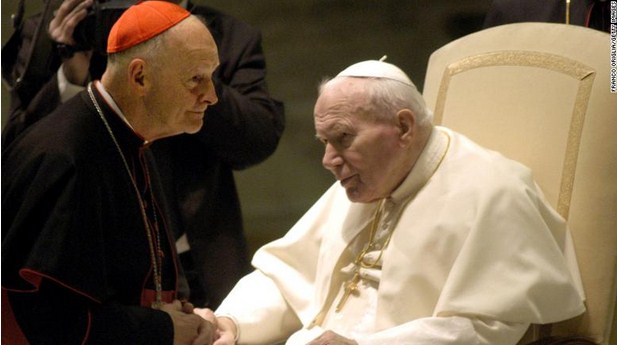 The unnamed victim said McCarrick first began to sexually abuse him in 1974 when he was only 14. The Catholic priest had been a family friend and took advantage of closeness with the family of the victim to sexually molest him in New Jersey, New York, California, and Massachusetts. He said McCarrick would often ask him to say prayers of redemption and consecration while he would hold the genitalia of the victim for sexual exploration.

The victim said the sex abuse continued unabated into his adulthood.

Attorney for the victim, Mitchell Garabedian, said McCarrick has been summoned to appear in court on August 26. He said the former church official would be the highest-ranking Catholic priest to be charged for sexually abusing a minor in the United States. The CEO of Child USA, Marci Hamilton, said McCarrick is the third high-ranking official of the Catholic Church in the US to be convicted of child molestation.

“When prosecutors bring charges against the powerful in a religious institution like the Catholic Church, they are validating the thousands of victims that have come forward,” Hamilton told CNN. “In the state of Massachusetts for prosecutors to file these charges against a powerful member of the church shows that the child sex abuse movement is making inroads, and it heartens me.”

McCarrick became the Archbishop of Washington in 2000 and Pope John Paul promoted him to a cardinal in 2001. He was very influential within and outside the church in the United States and overseas, and he embarked on lots of fundraising events for various purposes. Following a series of sexual allegations with minors, he resigned from the College of Cardinals in 2018, and he was defrocked by The Vatican in 2019.