Irina Slavina, the editor of Koza Press online news in Russia, set herself on fire and suffered severe burns that led to her death. She set herself on fire while sitting on a bench in front of a police station following a police raid carried out on her home on Thursday. 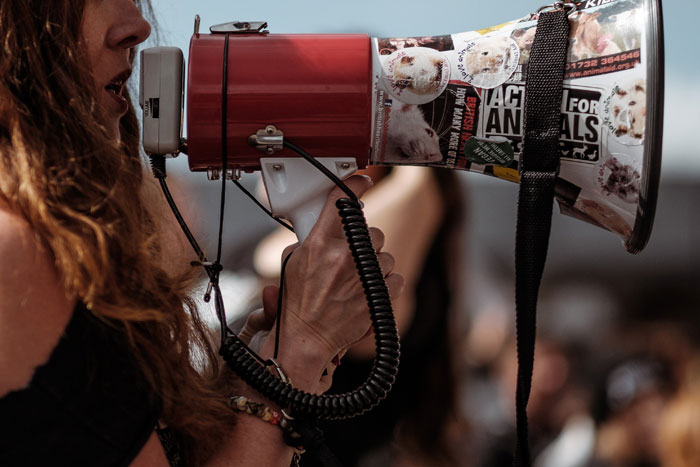 “I ask you to blame the Russian Federation for my death,” Slavina wrote on her Facebook page before she committed the act.

The late reporter stated that during the Thursday raid on her apartment – her laptop, phone, her husband’s phone, her daughter’s laptop, and her flash drives were all seized – leaving her with nothing to work with. The raid was conducted as a result of Slavina’s involvement with Open Russia. Open Russia is a pro-democracy group founded by Mikhail Khodorkovsky who has now been exiled by the Russian government.

Video footage of the horrible moment has appeared online. The video shows Slavina setting herself on fire while sitting on a bench. A man attempts to put out the fire with his coat but she stops him several times; and as the fire continues to eat up parts of her body, she falls to the ground.

Local authorities confirmed the incident and have removed Slavina’s remains. The Investigative Committee in Russia stated that the editor died as a result of the fire and stated that her death is in no way connected to the police raid. The committee stated that Slavina was not a suspect in the case but only a witness and therefore had no reason to kill herself.

Slavina who left behind her husband and daughter was the editor-in-chief of the Koza Press news website. The website published news without “censorship” according to its motto. Last year, Slavina was fined for allegedly insulting the government in one of her articles. She and six others in Nizhny Novgorod had their apartments searched on Thursday following reports of their alleged association with Open Russia.

“The news of her death is quite saddening,” Natalia Gryaznevich, Mikhail Khodorkovsky’s assistant said.  “She was a very brave woman who was harassed, fined, and detained a lot of times.”

Slavina stated in a Facebook post on Thursday that 12 people had forcefully entered her home and seized some of their computers and flash drives. She had reportedly attended an event held by Mikhail Iosilevich in 2019. Mikhail Iosilevich, the man being investigated, is a businessman who hosts opposition groups in his premises. Mikhail founded the Flying Spaghetti Monster church in 2016. The 2019 event being investigated was only reportedly attended by Slavina as a reporter.

Gryaznevich of Open Russia said Slavina had only covered the “Free People” platform which was also attended by Open Russia as a reporter and had no connection with Open Russia. She also stated that Mikhail, the organizer of the event, who has been accused of being a member of Open Russia is not a member of the group. According to Gryaznevich, Slavina had paid a fine of 5,000 Ruble ($64) to the authorities for attending an “unwanted event”.

Alexei Navalny, an opposition leader who was poisoned with a nerve agent used by the now-defunct Soviet Union has also reacted to her death. He stated that she was driven to suicide by the Kremlin.