Not Too Young: Cancer Detection In Young Women

Though it certainly strikes young children, adolescents, and adults, if there’s one central way that we think about cancer, it is as a disease of advanced age. Just look at the fossil record: there’s no evidence of cancer in early skeletons, largely because people didn’t live long enough to develop it. In recent years, however, and largely as a result of toxic exposures, there’s been a spike in cancer diagnoses among young adults. 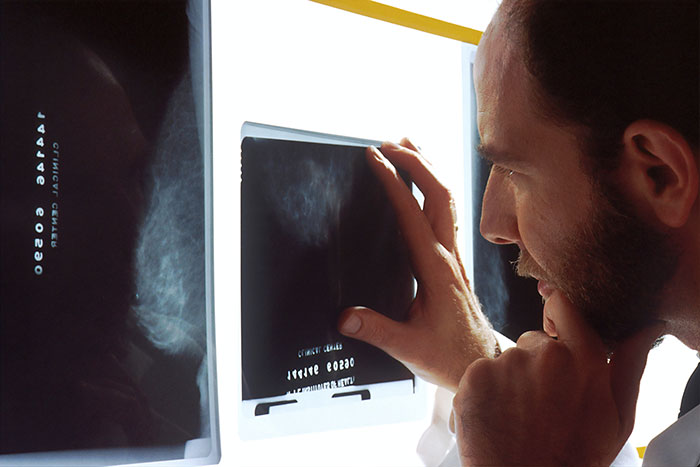 Given the new statistics on cancer in young adults, doctors and patients alike need to reimagine what prevention and detection efforts look like, especially for young women who are vulnerable to aggressive forms of breast cancer. Learning to identify cancer early, and in younger populations, has the potential to save lives and give young people hope for a future beyond diagnosis.

When it comes to addressing the risk of cancer among young women, one of the most valuable things that doctors can do is address common risk factors for cancer more generally. For example, daily alcohol consumption – even just one drink a day – increases a woman’s risk of breast cancer. Since most young people begin drinking regularly in college, doctors should start highlighting this issue with college-age women. This is especially important for those who have other risk factors, including the BRCA1 and BRCA2 mutations, being overweight or obese, or who use oral contraceptives.

In the same way that doctors should begin educating young women about high-risk behaviors during young adulthood, they should begin discussing the signs of common cancers. The most common cancers in women include not just breast cancer, but also ovarian and cervical cancers, lung cancer, and colorectal cancer. Unfortunately, unless patients know what symptoms to be concerned about, screenings for these cancers largely don’t begin until middle age, meaning they may progress significantly detection in younger women.

While addressing lifestyle factors that could contribute to women’s cancer risks, it’s also important for doctors to address the fear young women inevitably feel when confronted with a cancer diagnosis. For example, many young women worry about the possibility that they’ll become infertile if they receive a cancer diagnosis and undergo treatment. Recently, though, we’ve seen significant progress in fertility preservation. Providers now regularly offer women with breast cancer the option to harvest their eggs prior to beginning treatment, allowing them to leave their future reproductive options open to IVF or surrogacy arrangements.

It is certainly terrifying to acknowledge that 1,000 women under 40 die of breast cancer each year, it’s far worse for doctors and young women alike to continue insisting that women in this age group are “too young” to have cancer. This happens all the time and it can be devastating – just ask any young woman whose cancer was overlooked because of her age. And it’s not just breast cancer that young women need to worry about, although aggressive breast cancers are among the most common cancers young women face. Experts estimate that, in 2020, 12% of colon cancer diagnoses will be in women under age 50.

Together, awareness and communication can save lives.