The Magna Carta celebrated its 800th birthday on Monday. British Prime Minister David Cameron marked the event with a ceremony at Runnymede in Surrey on the River Thames, where he noted that the document went on to change the world.

In his speech, Cameron noted that the Magna Carta forever changed “the balance of power between the governed and the government.” The Prime Minister also noted the document’s influence worldwide “for the best part of a millennium, helping to promote arguments for justice and for freedom.” 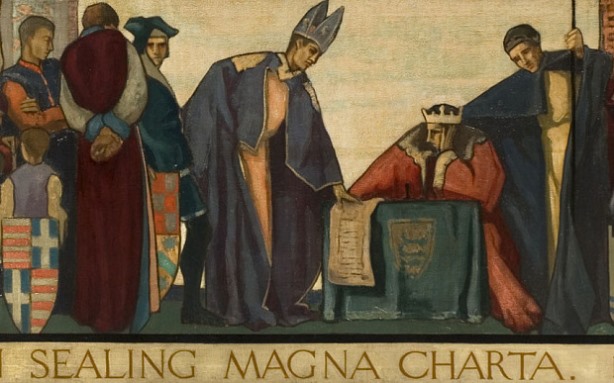 There were several other local ceremonies held throughout England, including seminars, a Magna Carta musical, and plans by some to drink beer and say, “Cheers to the Magna Carta.” The store at the British Library made use of the occasion by selling Magna Carta memorabilia, including cushions and neckties. 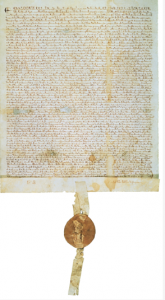 The Magna Carta originally came about due to English barons forced King John to accept restrictions on his power. After several years of tension between the King and the barons, the barons ultimately renounced their allegiance to the King after receiving support from the church. The barons would draw up the Articles of the Barons, the document that eventually became the Magna Carta.

The Magna Carta went on to have significant influence in the United States Constitution and Bill of Rights. However, some fear the document is losing its influence, as the electronic surveillance of citizens reduces the protection of certain rights that the Magna Carta inspired. Such issues certainly raise questions about the relevance and the influence the Magna Carta still holds on modern society, even as Britain and the rest of the world acknowledge and celebrate its 800th birthday.