Home » Headlines » Health » Avoid These Foods If You Have High Cholesterol

Avoid These Foods If You Have High Cholesterol

What is cholesterol and where does it come from

Cholesterol is a chemical that is required by the body to produce cell membranes and hormones such as estrogen and testosterone. The liver actually manufactures about 80% of the cholesterol in the body, while the rest comes from the food we eat. 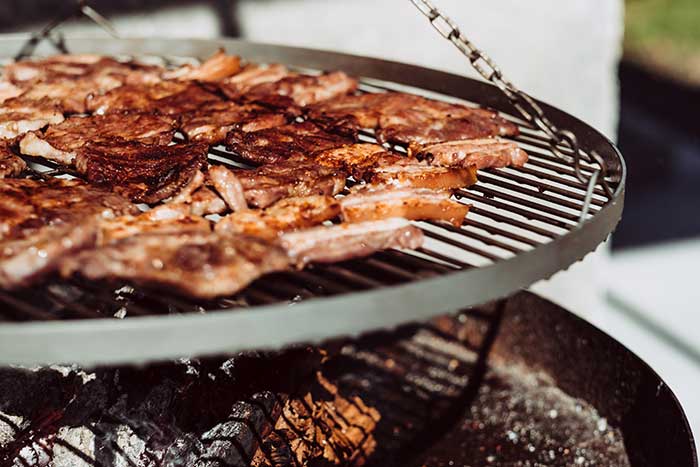 When this type of cholesterol becomes excessive in the blood, it can accumulate and form deposits called plaques inside the walls of the arteries, causing them to narrow and preventing the free-flow of blood, leading to atherosclerosis. This decrease in the flow of blood raises the risk of heart disease, and rupture of the plaque may lead to a stroke or heart attack.

The second type of lipoprotein is the high-density lipoprotein (HDL), which contains a higher level of protein than cholesterol. This is considered the ‘good’ cholesterol on account of its low cholesterol level relative to protein. When the ratio of the HDL to LDL in the body is high, it potentially confers some protection against stroke and heart disease.

Common foods that contain saturated fats and are high in cholesterol include animal products containing trans fats like margarine, butter, suet, lard, and spreads made from animal fats.

Another class of foods that contain saturated fats in dairy products. These include cheese, milk, yogurt, cream, and cheese. Products like sausages and meat pies that are made from processed meat, considered as fatty meat, are also high in saturated fats and should be avoided. Other foods containing saturated fats include coconut oil, palm oil, offal, and shellfish such as prawns.

Which foods are safe to eat?

High-fiber foods such as wholemeal bread, bran, and wholegrain cereals can help lower cholesterol. Foods containing unsaturated fats can also help in reducing cholesterol levels in the blood. These include oily fish such as salmon and mackerel, vegetable oils such as sunflower, olive, and walnut oils. Foods that come from plants will not raise cholesterol, so grains, vegetables, lentils, beans, peas, and nuts are safe to eat. Grilling, steaming, and boiling will help to reduce the total amount of fat in your diet, so these processes should be preferred to frying and roasting.

Persons diagnosed by the doctor as having high cholesterol are usually placed on cholesterol-lowering medications such as statins. They will also be advised to get more active and make necessary adjustments to their diet. It is important that such persons get checked regularly by their doctor to reduce the risk of stroke and heart disease.