In light of the World Health Day, the World Health Organization decided to dedicate the day focusing on depression, a condition that affects thousands of people around the world. WHO has been promoting a campaign called “Depression: Let’s talk,” which seeks to encourage people with depression to look for help and treatment.

Depression is the most common cause of ill health, and it affects over 300 million people worldwide. The numbers for people suffering from depression have risen by 18 percent between 2005 and 2015.
The U.N agency urges people to get treatment for depression, as it can lead to disability and in some cases even death.

The World Health Organization says that mental health and psychosocial assistance should be a part of humanitarian aid.

“All over the world, 800,000 people die because of suicide every year, and this converts into a death every 40 seconds,” said Shekhar Saxena, director of the Mental Health and Substance Abuse Department in the WHO, according to VOA.

Saxena stated that while they are dealing with the number of deaths resulting from conflicts and wars, people need to remember that silent epidemics are happening in the world, which also kill a large number of individuals with prominent headlines and banners.

He explained to VOA that there is no significant difference in the prevalence of depression between undeveloped and developed countries. However, he noted that the majority of people struggling with the condition live in low and middle-income countries.

“Depression is more common among the women – 5.1 percent versus 3.6 percent among men,” said Saxena. “Other risk factors include poverty, discrimination, and all adverse life situations – either chronic or acute, especially among young people.”

More than 1 out of 20 Americans suffers from depression, CDC says

The Centers for Disease Control and Prevention describe depression as a serious medical illness, which is mostly characterized by persistent sadness or irritability, particularly in children. The CDC estimates that the economic burden of depression (workplace costs, direct costs, and suicide costs) in 2010 was of $210.5 billion.

The CDC notes that although effective treatments for depression are available, many people with the illness don0’t have access to treatments, which can lead to depression turning into a chronic disease. If an individual suffers from a depression episode, it places the individual at a 50 percent risk of experiencing another episode. 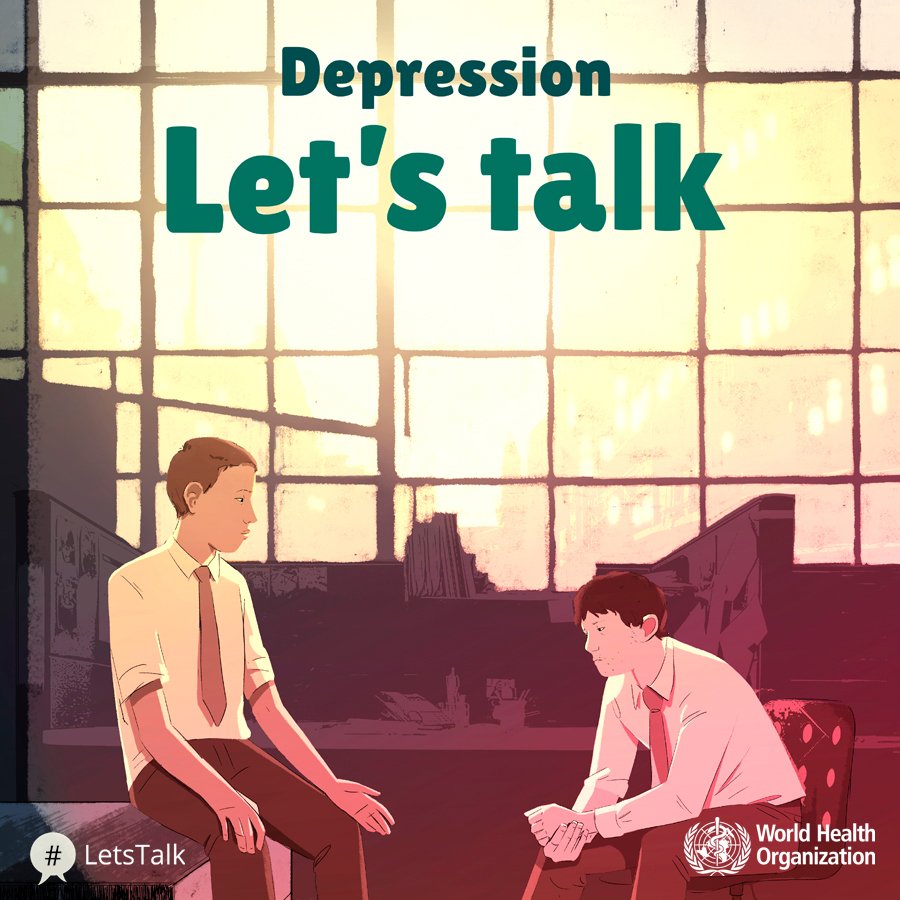 In their website, they list some of the symptoms that can help identify if a person is suffering from depression. Feelings of sadness and hopelessness, loss of interest in activities that used to be enjoyable for the person, change in weight or appetite, insomnia, feeling tired, feelings of guilt and thoughts of death or suicide, among some of the most common symptoms.

Based on a study that monitored depression in subjects between 2009 and 2012, the CDC estimates that more than 1 out of 20 Americans 12 years old or older reported depression. They noted that out of that percentage, most of the affected individuals were females. The study also found that almost 10 percent of adults between 40 and 59 years old reported current depression.

Increased investment is needed to deal with mental health issues

“The continuing stigma associated with mental illness was the reason why we decided to name our campaign ‘Depression: Let’s talk’,” said Saxena, according to a press release WHO’s website. “For someone living with depression, speak to a person they trust is often the first step towards treatment and recovery.”

WHO recommends that an increased investment is needed, as in many countries there is barely any support available for people with mental health disorders. They note that even in high-income countries, almost half of the people with depression do not get treatment. WHO estimates that on average, only 3 percent of government health budgets is invested in mental health issues, and in some countries, the percentage drops to 1 percent.

The organization explains that investing in mental health makes economic sense, as every $1 spent in treatment for depression or anxiety leads to return on $4 in increased health and improved ability to work.

Saxena says that treatments for depression usually involve psychotherapy, antidepressant medication or both. However, he notes that it is not necessary to have a specialist treating depression, as the “talking cure” administered by doctors or health care workers has proven to be just as effective.