A Sky News reporter, Mark Stone, asked Senator Ted Cruz why mass school shootings happen only in the United States. The British journalist asked the question when Cruz attended a vigil on Wednesday for the 19 Robb Elementary School students slain by Salvador Ramos on Tuesday. Two teachers at the school were also killed by Ramos. 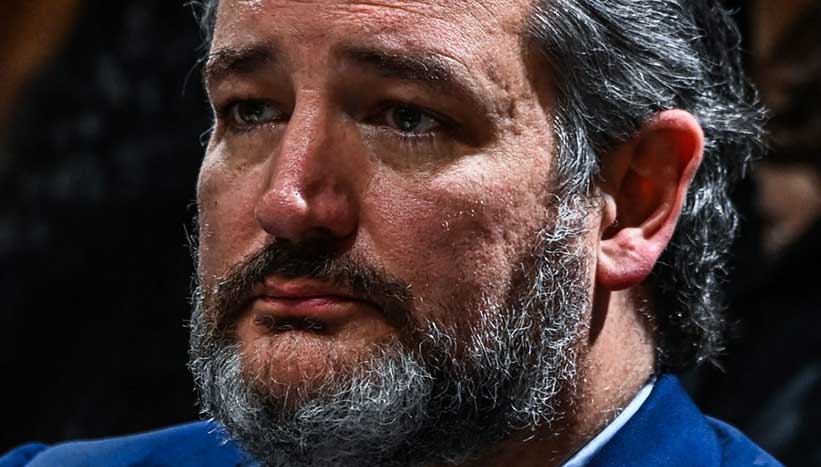 Cruz responded that Democrats and the media were part of the problem and that America remains the safest country in the world. But when Stone insisted on why and how a teenager could acquire two AR-15s with ease in the country, Cruz insisted that the proposals introduced by Democrats could not have prevented the Robb Elementary School shooting from happening.

“Why does this only happen in your country?” the British journalist fired at Cruz. “Why only in America? Why is this American exceptionalism so awful? It is just an American problem.”

Cruz accused Stone of being a propagandist and announced that America is the safest and most prosperous country in the world.

“You know, I’m sorry you think American exceptionalism is awful,” Cruz fired at the Sky News journalist. “You’ve got your political agenda. God loves you. Why is it that people come from all over the world to America? Because it’s the freest, most prosperous, safest country on Earth. Stop being a propagandist.”

As soon as Cruz fired the salvo, he left the vigil. A spokesman for Cruz, Steve Guest, later said Stone’s line of questioning was faulty and that the assumption that mass shootings happen only in America is not correct. He cited statistics from the Crime Research Prevention Center, a pro-firearms non-profit established by John R. Lott Jr., a former Trump appointee.

“Contrary to a reporter’s assertion that suggested mass shootings are a uniquely American problem, the data shows that is not accurate,” Guest said. “In addition to not being true, making that false argument isn’t actually helpful.”

However, Everytown for Gun Safety, another nonprofit organization stated that from 2009 to 2022, there have been 274 mass shootings and 1,536 people killed as well as 983 people injured in America.

Cruz is due to attend the convention of the National Rifle Association this weekend in Houston. He and former President Donald Trump are billed to speak at the event. According to OpenSecrets, Cruz received more than $442,000 from pro-gun groups from 1989 to 2022, and it is not surprising that he remains an ardent gun advocate.