If you already have a setup solar power system in your home, then adding solar batteries to the system can bring the system full circle. These units are responsible for storing the excess energy that panels generated which you weren’t able to consume. 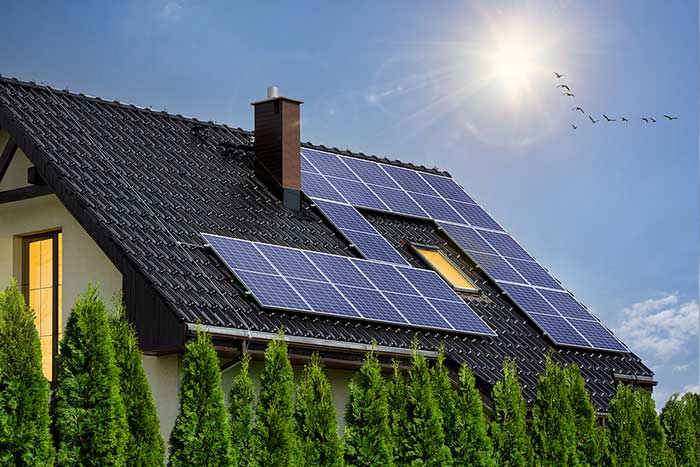 This stored energy can then be used whenever the panels cannot generate enough power probably because the sun is not shining or the panels are faulty. The explanation we just gave seems to cover the working operation of these units; however, it doesn’t.

Therefore, in this article, we will tell you how these items work and other important information you need to know.

What Solar Batteries are

Solar batteries are devices that can be added to a new or already existing system for the purpose of storing excess energy generated by the solar panels. When the panels cannot generate sufficient power on cloudy days, during power outages, and at night, the stored power can then be used.

The idea behind adding this device to your overall system is to enable you to consume the generated energy. Without a storage unit, the excess energy you generate will be sent to the electric grid. When this happens, other folks get to use the power you generated whereas you don’t get to use it.

The most common solar battery type is lithium-ion. This technology is what is used for the batteries of smartphones.

A chemical reaction within the device, first of all, captures chemical energy after which it is then converted into electrical energy. This reaction takes place when the free electrons are released from the lithium ions. These electrons then go to the anode that is negatively charged and the cathode that is positively charged.

The movement of electrons is facilitated by the lithium-salt electrolyte: This liquid provides the needed positive ions thereby balancing the reaction. The movement of the free electrons is what generates the current that allows you to utilize electricity.

Solar batteries are a combination of different battery cells using sophisticated electronics responsible for regulating the performance as well as security of the overall system. Therefore, energy banks work somewhat like rechargeable batteries; hence, they get charged when energy is generated and then discharge the energy when needed. If you own rechargeable batteries, read this article to learn how to care for them.

In this section, we will quickly look at what AC and DC couplings mean.

Coupling is how the panels are connected to the battery. There are two coupling options which are DC (direct current) coupling and AC (alternating current) coupling. The difference between both options is the path the generated electricity takes.

The power generated by solar cells is DC electricity. However, this cannot be used in the home; hence, it has to be changed into alternating current (AC) electricity. Interestingly, your battery can store only DC electricity which means that the connection of the battery to the overall system can be done in multiple ways.

The section below will reveal how the whole process of energy generation for both options works.

How a Solar Battery Functions with your Solar Power System

The process begins with the generation of power by the roof panels. Below is an analysis of the steps involved with a system that uses DC coupling:

i. Sunlight touches the panels.

ii. The energy from the sun is changed to DC (direct current electricity).

iii. The converted power moves to the battery.

iv. The battery stores the electricity.

v. The DC electricity exits the storage bank into the inverter.

vi. The inverter then converts the direct current (DC) electricity into alternating current (AC) electricity that can be used in the home. Visit solargraf.com to learn more about what we just discussed.

The process for a system that uses AD coupling is revealed below:

i. Sunlight touches the panels.

ii. The energy from the sun is changed to DC (direct current electricity).

iii. The converted power moves to the inverter.

v. Excess electricity flows through a different inverter and is converted to DC electricity and then sent to the battery.

vi. The DC electricity is then kept in your battery. For it to be used in the house, the inverter will change it to AC electricity again.

How a Solar Battery Functions with Hybrid Inverters

Hybrid inverters are designed to convert AC into DC electricity and vice versa. Therefore, this means that you don’t have to get two separate inverters for the system. Hybrid inverters contain a battery as well as a solar inverter in a single piece of equipment.

The popularity of these devices is growing by the day because not only do they remove the need for different inverters, but they can also work without a battery. Hence, they can be installed at the initial system setup, and a storage unit can be added later on.

Advantages of a Solar Battery

We believe you now have a good idea of how solar batteries work and how the energy from the sun is harnessed and then converted into useable energy in our homes.

If you are setting up your system for the first time, we recommend that you buy a hybrid inverter as that will save you money on so many fronts. This way, it will be easy to add a battery later on.

Do Your Age and Health Matter To Travel Insurance Companies? < Previous
Why Do Mass School Shootings Happen Only In America? Ted Cruz Reacts Next >
Social Connection
Latest News