Home » Headlines » U.S. » US to Require COVID Tests For Travelers from China, Hong Kong, and Macau from Jan. 5

US to Require COVID Tests For Travelers from China, Hong Kong, and Macau from Jan. 5

The United States government has announced that COVID-19 tests will be imposed on travelers from China, Hong Kong, and Macau as of January 5, 2023. The Biden administration said this becomes necessary given that China is relaxing its COVID-19 restrictions and reopening its borders to allow people to travel out of the country as of January 8, 2023. 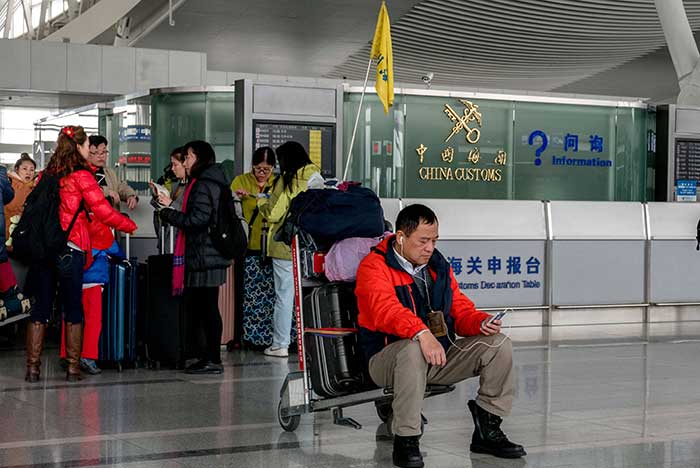 The US said anyone from the age of two coming into the country from China will be screened for COVID-19, and that travelers should have negative Covid results that are no more than two days before attempting to enter the US by air. The government said airlines will also be adequately prepared by this timely announcement to put measures in place to safeguard the health of travelers.

The Biden administration said Beijing has not been transparent with its COVID-19 data reporting since the pandemic resurged in the country some months ago. While China reports about 5,000 new cases per day, health analysts said the daily caseload should be closer to one million. Hospitals have not been able to deal with the surge of hospitalized people in recent times and patients have been suffering greatly, reports stated.

Beijing reportedly estimated that about 250 million people have been infected within the last three weeks, with only eight related deaths since December 1 – a statistic that the US considers very opaque. According to the US Centers for Disease Control and Prevention (CDC), the government is taking this measure “given the lack of adequate and transparent epidemiological and viral genomic sequence data being reported” by the Chinese.

While the US is the latest western power to require mandatory COVID-19 tests for travelers from China, other countries such as Italy, Japan, Taiwan, and India had already imposed the testing requirements. Australia and the UK have not done this yet, saying they are still monitoring the situation. The US government said anonymous nasal swabs will also be collected from travelers at airports in Seattle, Los Angeles, and other select airports in the country.

Analysts believe the economy of China has taken a serious hit by the critical and lingering COVID-19 situation in the country; and that Beijing has rolled back its hardcore zero Covid policies to be able to benefit economically from the Lunar New Year events, which start on January 22. This season marks the country’s busiest travel period and boosts the economic revenue of the country in exponential milestones.