Foreign non-governmental organizations (NGOs) have begun pulling out of Afghanistan after the Taliban banned women from working for aid groups. The Taliban, through the Ministry of Economy, issued an edict on Saturday demanding all NGOs in the country to fire women employees. 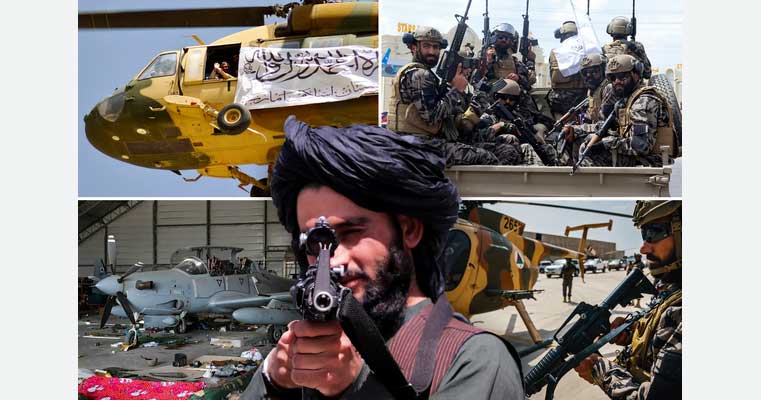 The Taliban said women working in NGOs have failed to adhere to the Islamic code of dressing by wearing the hijab.

Just last week, the Taliban also banned all women from attending university. All female students in universities in Afghanistan have stopped their tertiary education on account of the order, which is being enforced by armed Taliban fighters. Since 2021 when the United States withdrew from the country, all girls’ secondary schools in the country have shut down.

According to the spokesman of the Ministry of Economy, Abdulrahman Habib, any humanitarian aid organization that fails to fire all their female workers will have their operating licenses revoked and be booted out of Afghanistan. The situation, including that of asking women to stop university education, has sparked outcry and condemnation from nations around the world.

US Secretary of State Anthony Blinken expressed disapproval of the Taliban’s decisions. He said stopping women from attending university and banning women from working in NGOs will negatively impact the international aid being sent to the country. He said everyone will suffer when foreign organizations are no longer able to reach or use women to distribute aids in the mountainous Asian country.

“Women are central to humanitarian operations around the world,” Blinken said. “This decision could be devastating for the Afghan people,” adding that the situation “will disrupt vital and life-saving assistance to millions [of people in the country].”

The UN deputy special representative for Afghanistan and humanitarian coordinator, Ramiz Alakbarov, said his team will meet with Taliban authorities to discuss the need for reversing the order banning women from working for NGOs. He said women are often needed to reach beneficiaries of foreign aids and to implement most aid programs where men are not allowed by religious and cultural restrictions to interact with women.

“An important principle of delivery of humanitarian aid is the ability of women to participate independently and in an unimpeded way in its distribution, so if we can’t do it in a principled way then no donors will be funding any programs like that,” Alakbarov said. “There’s never a right time for anything like this…but this particular time is very unfortunate because during winter time people are most in need and Afghan winters are very harsh.”

Meanwhile, three foreign aid groups in Afghanistan have issued a joint statement revealing they are leaving the country because of the edict to fire all female employees. Care International, the Norwegian Refugee Council (NRC), and Save the Children Foundation said they cannot continue to work in the country without female staff. “Whilst we gain clarity on this announcement, we are suspending our programs, demanding that men and women can equally continue our lifesaving assistance in Afghanistan,” they stated.

Georgetown University Hires Adnan Syed after Release from Prison < Previous
US to Require COVID Tests For Travelers from China, Hong Kong, and Macau from Jan. 5 Next >
Social Connection
Latest News